I was guided to wear all white today so I think this and possibly some more big synchronicities are going to be happening today. No guarantees of course but this has been the case so far on these days.

The next few instances include the same combination of numbers appearing in the URL link on Voat when I went to promote the mass meditations on 11/11:

Another combination of 821 appeared in David Wilcock’s newest article (October 27th) where he shared a screenshot of the Presidential Alert text message from several weeks ago: 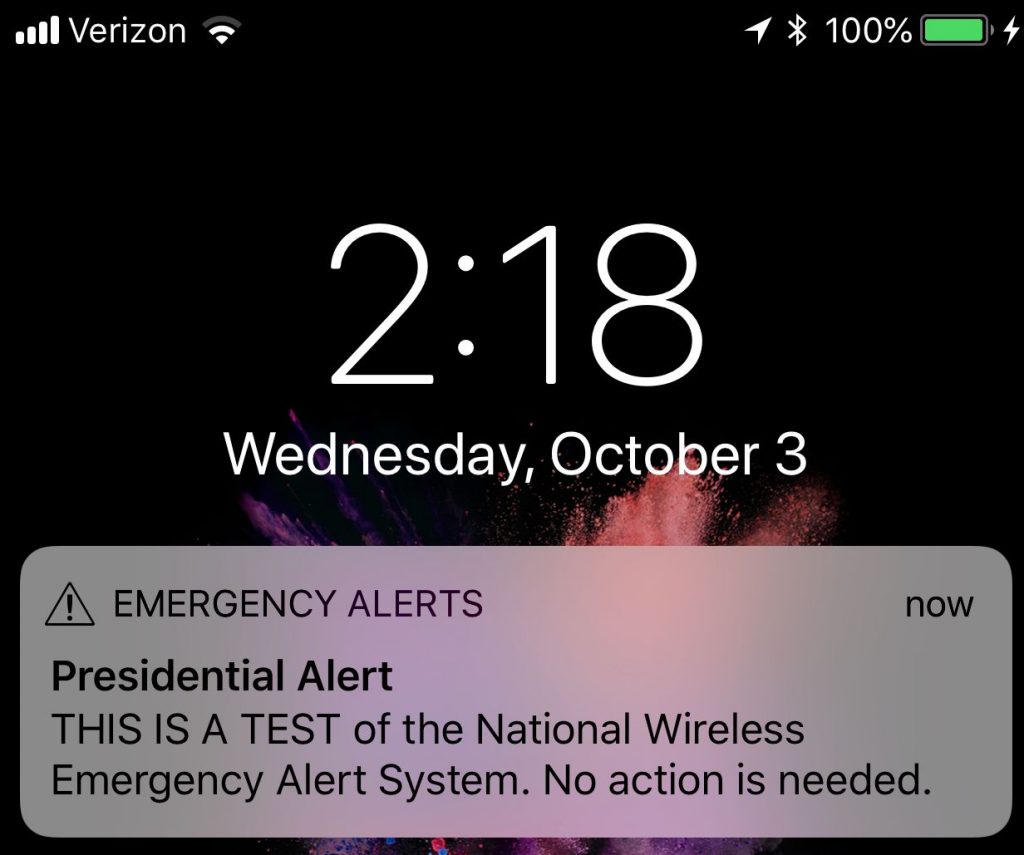 There are a few gematria values for phrases which equals 821 that some might find of interest. These include ‘Light Transformation’, ‘Light is an Energy’, ‘Carry the Light’ and in Greek the word ‘Phanos’ (φανός) which means lantern:

The gematria value of the following Hebrew verse, which Jesus allegedly said, ‘I am the Way, the Truth, and the Life’ (אֲנִי הַדֶּרֶךְ וְהָאֱמֶת וְהַחַיִּים) is also 821. Another thing to note is that there are 11 letters in the name ‘Jesus Christ’:

It is the gematria of the words ‘Christ has Come to Earth’:

The gematria value of the Greek word, literally, ‘Sunday’ (κυριακος) (synchronistically, today is Sunday) is also 821. This word also means ‘belonging to the Lord/related to the Lord’, which corresponds to the above bible verse:

I would also note that I just did a post before this one where I checked the gematria value of the above bible verse. Using a cipher which assigns a number to every 11th letter, we get 897, which if plugged into Pi takes position 11:

And then I found another connection with 410 and 11:11 when searching for gematria values on Google. The following video’s length is 4:10 and is about the connection between gematria and 11:11. The name of the channel is ElevenEleven followed by some numbers:

I have to say wow, much of these were found as I was writing this article and researching this in real time. So I believe the underlying theme today is ELEVEN and the power of the Universe and synchronicity!

Adding this the next day (10/29), I realized that I did a small transcription of Goldfish Report number 281 where Benjamin Fulford and the Dragon Family Ambassador were discussing certain numbers that appear at times in history:

“Red Dragon Ambassador: “…And also when he [the Pope] was elected the number 555 was hit on the lightening [inaudible] on the Vatican…you know, that was the start of a new era, and I don’t know if anybody is familiar with this code 555, but this is a family code and this is what’s going to take over the whole system.

Benjamin Fulford: The code I’m familiar with that keeps popping up is 5558…

Red Dragon Ambassador: This is the thing and it’s also a code which the families people know which was 303 would become 555…

Benjamin Fulford: [5558] It’s an esoteric that appears at key times, I don’t want to go into it, it’s not something that you can explain verbally.

At certain points certain numbers appear, they seem to indicate that we’re at a certain point on some kind of complex unfolding mathematical equation that we experience as reality…

[Host] Steve: Is it to do with cycles as well?

Benjamin Fulford: Yeah it’s do with what they call a cusp event where, it’s known as a fractal phase change, so for example, an example we can understand is when the sperm hits the egg and then you’re going to get this incredible expansion to a new human being, it’s something like that that’s happening to the planet Earth, that much I can say.

Steve: Right and Ambassador what do you say to that, what does 555 mean to you and your family?

Steve: So what would that mean for humanity then, 555, if that were to be the new paradigm?

Red Dragon Ambassador:  I think this is the last hope, to be honest with you, because also if you go back to my first speech I ever did, I was talking about how the people should have protests, basically refuse to obey orders, you understand? And that everyone is responsible for the whole masses. We cannot hide behind, you know blame it on Obama we have to take responsibility ourselves and we ourselves have to stop taking orders and basically do what’s right and also we were talking about how people should remit or surrender and we might be a part of the 555.”