Disclaimer: As with any information you come across it is advised that discernment be used. I have no intention of deception, distortion or concealment of information to my readers. I feel guided to write and share the information and research I come across and put it together in a way that is easy to disseminate and distribute to others. My intentions are to emphasize the importance of love encouraging others to seek their own truth. What I feel is true and what others feel is true may differ and that’s okay, to each their own. If what I write doesn’t feel right then others are free to pass it by with their own free will. Much love!

Someone asked me recently what my thoughts were on Corey Goode and if there was any proof of his claims and information. I explained to this person that much of what he talks about has been released in a new T.V. show called Dark Matter and I suggested he watch that as much of what Corey’s sources and his own memory reveal has been featured in this show.

I have written about this show in the past, but only about the first season. The second season got really, really…Goode. It aired on June 1st of this year, after Corey had begun releasing this information.

I was able to verify information from Cobra and his sources with one episode of Futurama that I watched one night and felt guided to write about.

So if there is anyone that is having trouble with Corey’s information I hope I can help by verifying it with information from this show. This show features a large majority of the information Corey has released to the public; slave colonies controlled by a conglomeration of corporations, a malevolent A.I., a media controlled by said corporations and much more.

The premise of the show is about a group of 6 people who wake up from stasis chambers on-board a large space craft. They wake up one at a time and when trying to get to know themselves they designate each other by which order they woke up from their stasis pod.

Character ‘One’ Which Emerges from a Stasis Pod

Eventually the group realize they are mercenaries hired by these corporations to do their bidding; steal technology, gather intel, remove stubborn people from asteroids that the corporations want for themselves.

They first stop by a near-by independent mining colony and converse with the people there. The settlers there tell the group that there are these half-human half-reptilian people who are coming to kill them. The group later finds out they were hired by a corporation to kill the people of this colony. But with their memories wiped, they are much more service-to-others than their past selves and help the colonists defend their home from the corporation.

I believe this part of the show deserved its own bullet point. We have heard from people other than Corey that the Germans, with the help of some not-so-nice E.T.s, created a secret space program and were one of the first recent Earth-based humans to go to the moon.

I added this portion because there is no other character in the show with any other accent other than this woman who has an obvious German accent. I figured this was a way for the writers of the show to include information about the Nazi influence on the various secret space programs.

The group enlists the help of the on-board android which is very human-like and interfaces with the ship, among other functions.

Later on in the show she is given an upgrade from other androids which makes her indistinguishable from the rest of humans. I have no doubt this technology exists and I would be willing to bet that Corey may have heard of it.

Corey spoke of an aggressive and malevolent A.I. that infected and destroyed planets and galaxies in the past. In the show the crew encounter an A.I. when they activate a back-up holographic android later in the show. The A.I. would interface with the crew and cause them to have violent hallucinations based on fears they all had.

The A.I. caused the android to dream when she was in her regeneration/charging cycle to distract her while the A.I. took over the ship. The infected computer was attempting to kill the crew and destroy the android and almost succeeded.

One of the main female characters known as ‘Two’ discovers that she has nanites coursing throughout her body, giving her incredible abilities such as regeneration, super strength, intelligence and near-immortality.

At one point ‘Two’ is ‘spaced’ out of an airlock and after the episode continues it is found that she survived thanks to her nanites sustaining her while she was out in space.

Her body was taken control of at one point by those scientists who created her who worked for a corporation called Dwarf Star Technologies. She ends up escaping as she did in the past after defeating an improved version of herself but in male form. Just a small note, none other than Wesley Crusher (Wil Wheaton) plays the character of the CEO of this corporation which was a nice treat. 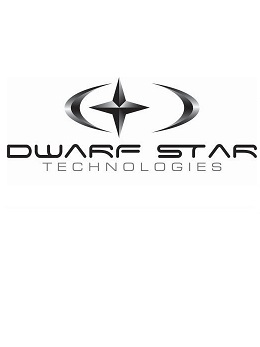 Corporation Which Illegally Experimented with Human Engineering and Cloning

The crew of their ship ‘the Raza’ are hired by a corporation to steal a piece of technology from another corporation but wasn’t given any details about it. They eventually find out it is a part of an experimental propulsion system called a BLINK drive. Meaning that you could traverse to any point in the Universe in the ‘blink’ of an eye.

The crew figure out that this drive accesses pockets of inter-dimensional space/time in order to travel anywhere in the Universe instantaneously. They realize the potential power of this device and decide to use it themselves but accidentally travel to a parallel reality, of which they ultimately end up returning to their original one.

This part almost blew my doors off when I saw it. In the show there is a Council of Corporations which I equated to the ICC (Interplanetary Corporate Conglomerate) which is a group of corporations that control colonies, mining facilities and research and development departments throughout the solar system.

Meeting of  Group of Corporations to Discuss Interests of Important Matter

In the final episodes of season 2 there is a massive conflict involving these corporations that could lead to them warring with each other. The crew and their BLINK Drive now have the influence and power to change the landscape of their reality for the better. They discuss issues of these massive coming changes that Corey Goode has mentioned in his interviews and information.

In the video below there is a synopsis of the final episode which explains the situation about the imminent breakout of war among these corporations.

If you wanted to see what this world that Corey talks about looks like, I think this show is probably a good depiction of what we can expect will be our new reality, only much more positive and with more extra-terrestrial beings. I’d like to note that the majority of the beings featured in the show are humans.

This dovetails nicely into the next portion of this information which is that the crew comes in contact with a company which uses a computerized probable future prediction technology which uses humans connected in a mass consciousness-type configuration while being fed an seemingly impossible amount of live information in order to predict events in the future based on current behavior and patterns that are fed into the computer. The crew encounters these people many times and they are very malevolent. 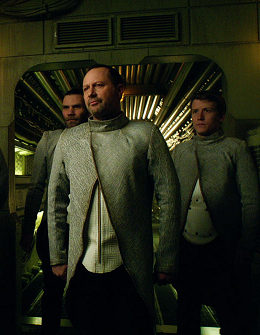 One very important piece of information that really jumped out at me was one of the main character’s brother Milo, who is a person being used for this future telling/pre-cognitive enhancing technology, tells the crew that there is a major paradigm shift coming and that this crew is a part of it. The video below will begin at the part I just mentioned:

What’s happening in our reality right now is being reflected back to us in this show. As above, so below right? We are hearing from Corey, Cobra and others that things are really heating up out there and that our world is going to change soon. I believe this is one of many shows that most accurately depicts information from various secret space programs that are being hidden from humanity but are being funded by us in various ways.

I was totally blown away by the technology featured in this show in just two seasons. During one of the operations to steal a piece of the BLINK Drive the crew does a reconnaissance  mission by going to these stations where there is a tanning bed looking device (Transit Pod) which creates a copy of yourself which can be sent to any station with another bed. It is an exact copy of you, but if you get killed you forget everything you did while in your copied body.

There was a device that was used by one of the characters to override the neuro-link with the ship that another character was trying to do. She couldn’t use it for long without destroying her mental functions so she had to be fast.

Another thing I would like to note is that during one of the interviews with the characters they mention the set construction crew were very meticulous about every detail while creating it. Were they being instructed by those ‘in-the-know’ to make the set as close to reality as possible? Do they already know what everything looks like because it already exists? It is very possible if we follow the work of various whistle-blowers.

I don’t want to give everything from the show away, there is more than I am describing here but I wanted to verify those main points of Corey’s information with the show’s information. I have to say, this is one of the most understated shows i’ve seen so far. There is so much information packed into this show about many things we have been hearing about and I bet most people haven’t even heard of it.

The episodes were free for a while on Syfy.com but I have just checked and the only thing available to watch are episode re-caps. Both seasons are available on Netflix as of the time of this writing. But the most important points of information are here in this post. So that’s all I would like to add. Thank you for reading everyone, much love as always and Victory of the Light!

13 Responses to Validating Corey Goode’s Information with Disclosures from T.V.