In an almost unbelievable free short video from Gaia.com the crew head off to Nazca Peru to investigate a possible mummified ET body. So far it looks legitimate and authentic. Ultimately it is up to each of us to decide what is true or false by exercising discernment.

Although Gaia is the network that is pushing for disclosure with their Netflix style of spiritual content so I think it’s safe to say their intentions behind this are genuine and that they really did find an ET body. They performed computerized topography on it (CT scan) and examined the tissues as you will see in the video. I can’t imbed it here so I will just share the link below:

UPDATE: It is interesting to note that this being has 3 fingers on each hand and three ‘toes’ on each foot similarly to the ET being on the TV show American Dad where the main character Stan works at the CIA who Stan is hiding the existence of this ET being named Roger. Roger has a thumb which would give him four fingers but in most scenes he is seen with only 3: 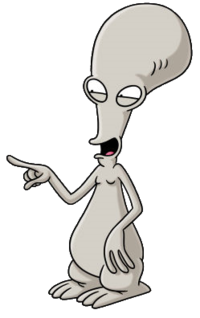 Was the TV show American Dad being used to help ready the public for a disclosure like this? Who knows for sure..but the similarities are interesting.

I also thought of the ET from the movie ‘ET’ and sure enough he had 3 ‘toes’ and four fingers on each hand but they were long and bony just like the ET being in this special report: