For those who are aware of the Stargate series they might know that this show features Ascension and Ascended beings as part of its main plot for several seasons. We have heard before that Stargate SG-1 has a lot of disclosure of classified intel written within its episodes and I wholeheartedly agree with this considering my extensive research into the topic of disclosure in TV and movies. I have seen the entire Stargate SG-1 and Atlantis seasons a couple of times each in addition to the Stargate: Origins series which came out earlier this year.

But in this article I am going to be sharing some very interesting personal synchronicities that have just manifested as I was guided to seek out this particular episode. It seems that ‘they’ have been guiding me to episodes of various shows which feature beings transforming into light/ascending including showing myself experiencing this transformation in dreams:

Amazingly, the name of the episode is ‘Epiphany’ and it’s a Stargate: Atlantis episode. The Stargate Atlantis team journey to a planet where they encounter an illusory wall which appears to be a doorway along with some energy readings coming from it.

Fast forward to later they find out that this ‘portal’ is a one-way trip and is a private world created to facilitate the Ascension of the beings who wish to seek out this transformation.

One of the team members (John Sheppard) goes through the portal and subsequently gets to know the beings there and he discovers that they collectively manifested fear in the form of a giant invisible beast which they always ran from instead taking a leap of faith and facing it head-on, which was the only way to defeat it, which ended up being the final test before they turned into pure energy and light.

But before that though one of the women living in the small village went on to tell John that she knew he was coming to them since she was a little girl. This was her ability. She said that John was The One and that he would lead them to the Ascension.

This was episode 12 from Season 2. Interestingly, the name of the man who went through the portal was John (just like the name of the being who turned into pure energy from Star Trek): 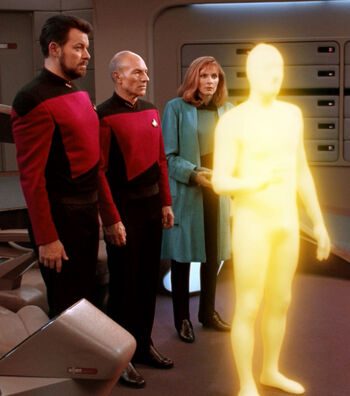 Interestingly, this was the number of my old apartment before I moved out:

This episode aired on November 28th, 2005 (see screenshot of episode information above). This was the 332nd day of the year with 33 days remaining. So here we see the sacred number 33 appearing once again. Additionally if we drop one of the zeros from the air-date year 2005 we get 205 which is half of 410:

Amazingly, the time I documented the dream (see screenshot below) I had where I was shown a bible verse John (that name appearing again) 4:4 – 4:10 was 3:32 AM, the same as the number of the day which this episode ‘Epiphany’ aired.

Just as amazing, the time I took the below screenshot was 14:12 or 2:12 PM (the same as the episode number). This is very interesting because ‘they’ had been showing me the number 212 for a few days now with much more frequency and I was wondering why:

‘There Are No Coincidences’:

‘Warrior of the Light’:

212 is the gematria value of the slogan on my blog ‘Be The Change’ (see top right corner of blog):

The gematria value of ‘Enlightenment’ is 659 which takes position 212 in Pi:

107 is the gematria value of ‘Jesus Christ the Son of God’:

The gematria value of ‘Stargate Atlantis Epiphany’ is 79. And 7/9 was the day I began compiling these synchronicity reports onto one page which I have called ‘The Jesus Synchronicities’:

I’ve just found out that the URL identification for this episode ‘Epiphany’ begins with 709:

709 is also the gematria value of the Greek word for ‘beginning’ (αρχή),:

709 is also the gematria value of ‘Christ the Master’. And Jesus was referred to as ‘The Master’ by Edgar Cayce in his readings:

And if these weren’t amazing enough, this particular post ends in the sacred 369:

One more thing I would like to add here, and this seems like pure ‘coincidence’, or maybe not. But the name of the colonel from the Stargate Atlantis episode John Sheppard shares the same name with a composer who died in the year 1558. The photo below is not of John but of Jesus:

This is everything for now, much love all, time to go watch this episode again! If anyone feels guided they can watch it for free on this website. (Note there might be ads on the website.)

PS After archiving this page I noticed that the time had a 410 in it: