I have several synchronicities to report here at this time that some might find of interest. The first includes today’s ‘randomly selected‘ bible verse:

And we see the verse number being 2:6. 26 is the gematria value of ‘YHWH’ in Hebrew (יהוה) which is also known as the Tetragrammaton which is another name for the God of Israel:

The Tetragrammaton appears throughout many religious art works: 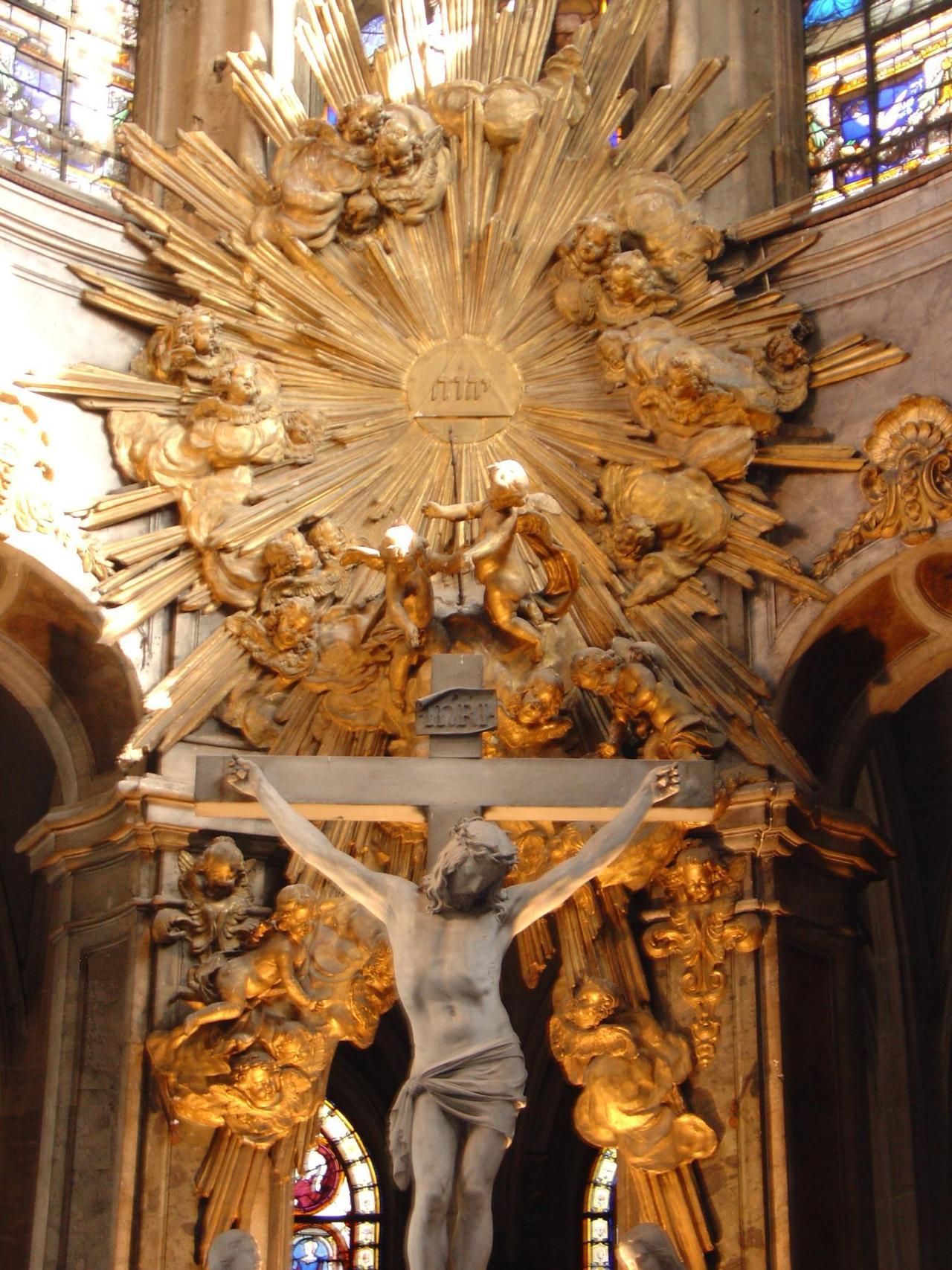 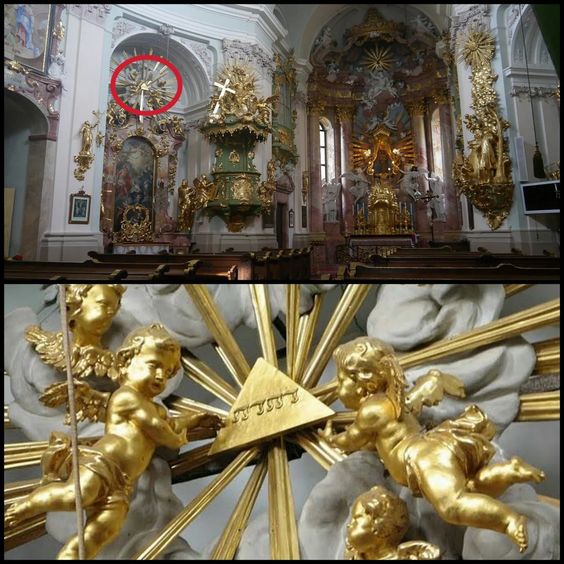 The Church of Hafnerberg, Austria. Divine Name on top of altar art.

Today December 25th is the 359th day of the year with 6 days remaining:

And if we look up the meaning of the number 1225, we see that the first comment on that page was posted on April 10th:

The gematria value of the bible verse mentioned at the beginning of this article is 654:

After just being guided to go back and plug in different words and phrases I have found some interesting connections. The number 492 has been appearing much more lately and I’ve dug up a lot of information about that number in previous posts which I will copy and paste below. I’ve just found out that my name ‘Jonathan Carty’ has a gematria value of 492:

492 is also the gematria value of ‘The Magic of the Circle’ using the same cipher:

And the gematria of ‘The Power of Pi’ is also 492 using the same cipher:

Amazingly, 492 is the result of 246 plus 246, another number ‘they’ have been showing me (in addition to many combinations of even numbers):

My dreams have been a great source of knowledge, intel and prophetic information which has guided me well over the years, especially recently. I just posted about a couple of Jesus-related dreams where I was shown a number 3444 along with a date and time on a receipt = 11/11 | 11:11. That one was from this morning as of the time of this writing:

Dream where I was dead and unleashed a huge weather storm by unlocking a code left by my father. It was on a receipt = 3444 and the time and date was 11/11 at 11:11. Then we tried manifesting things there. I asked a girl there if her abilities to do magic carried over after death and she said yes. There was a storm that we all took shelter for. I knew I was the Son of God.

Interestingly, 3444 is divisible by 492, a number which has just recently become much more popular. This results in the sacred number 7, which is a very prominent number in our reality (7 days of the week, 7 chakras, 7 visible colors of the rainbow, 7 keys in a musical scale etc) and is made reference to many times in the bible:

Some might recall that this 3116 could be connected to a bible verse John 3:16 which might be familiar to some reading this:

For God so loved the world, that he gave his only begotten Son, that whosoever believeth in him should not perish, but have everlasting life.

Incredibly, after plugging this verse into the gematria calculator I found that it took position 492 – we just went in a circle with this verse:

I would recall the ‘planet-killer’ X8.2 (same as the gematria value above) solar flare that occurred last year on September 10th which took place 6 minutes after beginning our meditation for Hurricane Irma. This was the first time I had used my own voice in a mass meditation.

I went to the library first to see if there was anything that would jump out and ‘need’ to be researched. One number that ‘they’ have been giving me recently is the number 492. Well after picking out another book by Dolores Cannon I decided to look up books on numerology, since this is the area of study ‘they’ are having me put a lot of energy into lately.

I went over to the section where these books were found and I was amazed when I saw a book about the history of the Hebrew language with the decimal number of 492. And Hebrew gematria is one thing that I have been strongly guided to lately:

‘They’ wanted this extra phrase and gematria value included in this report = ‘Do Not Give Your Power Over To Anyone’ which has a value of 410:

Adding this part a little later, I found that the gematria value of ‘Hope’ is 26, the same as the bible verse number for today (2:6) and Hope is the title of the video I decided to end this post with:

Okay that concludes this Christmas Day synchronicity report. Thanks for checking it out and I wish everyone much love!

It should be known that this report is being completed on December 25th and not the 26th which is what WordPress’ time will show: