So this appears to be something of another possible sign of the second coming (see other possible sign, Star of Bethlehem returning after 2000 years). Discernment definitely advised here. I found out about this flower from the video below which talked about some interesting prophecies related to the times we are living in now. The whole video was interesting and I would recommend checking it out if one has the time:

According to Buddhist legends this flower, called the Udumbara Flower, apparently only blooms every 3,000 years:

The Sanskrit word ‘Udumbara’ apparently translates to ‘An Auspicious Flower From Heaven’ and is part of an old prophecy which basically describes the coming of a King who will rectify the world:

The blossoming of Udumbara flowers signals one of the various celestial changes. Looking back at history, people might discover that many prophecies are related to today’s Fa-rectification. For example, a book of prophecies book called Notes Left by Ge An (Gyeokamyurok), by Mr. Nan Shigu (Nam Sa-go, also called Ge An,1509~1571), came to people’s knowledge in 1986 in South Korea. This is a book relating fantastic miracles.

The book describes that the “Lord of All Heavenly Kings,” namely, the Holy King Who Turns the Wheel (people also call him Buddha Maitreya, or the Great Sage), would come to the human world to spread a great law.

In the video in the beginning of this article the hosts did some research into the word ‘Maitreya’ and found that it is a derivation of the Hebrew word ‘Moshiach’ which means Messiah which is a word that has been appearing many times throughout these synchronicities so far. 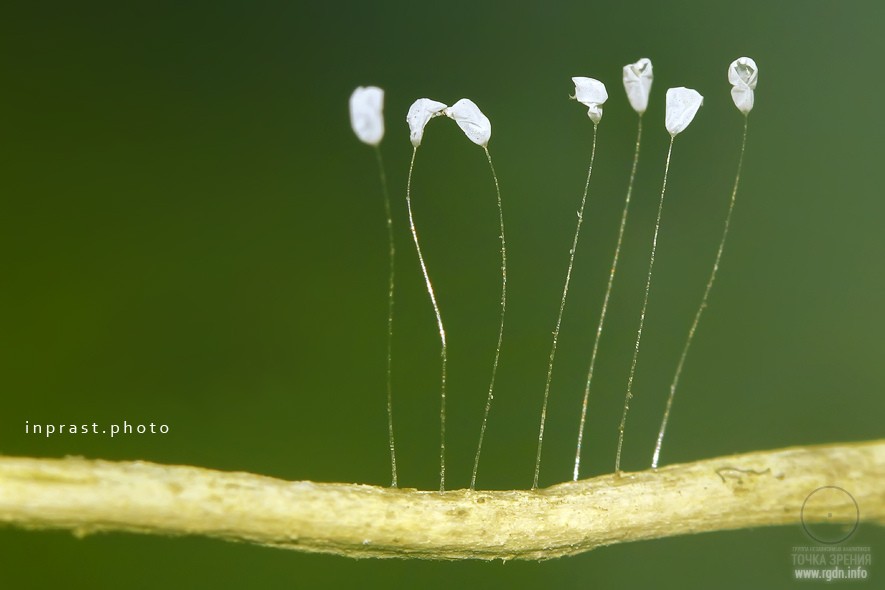 Strangely enough, it has been spotted growing on metallic structures:

Here The Flower Is Seen Growing On Steel Pipes

What I was able to find was that it was first spotted in July of 1997 in a South Korean temple and this was apparently reported in the MSM at the time. I haven’t been able to find the article or video supporting this but the spotting of this flower has received world-wide attention since its alleged discovery and goes along with the other interesting signs that a second coming is possible. It could also mean something else or another higher being (Buddha) is going to arrive to Earth at some point. Again, what all of this means is up to each person.

After watching the video mentioned in the beginning of the article I decided to go ahead and analyze the details of the information provided about this flower and see if there was anything worth finding, and indeed I found a good handful of information that I will share below.

The gematria value of ‘The Udumbara Flower’ is 1642: 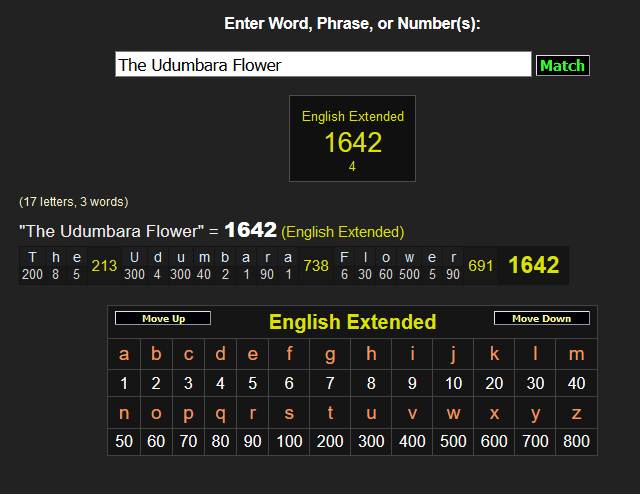 And the gematria value of the translation of ‘Udumbara’ = ‘An Auspicious Flower From Heaven’ is 2359: 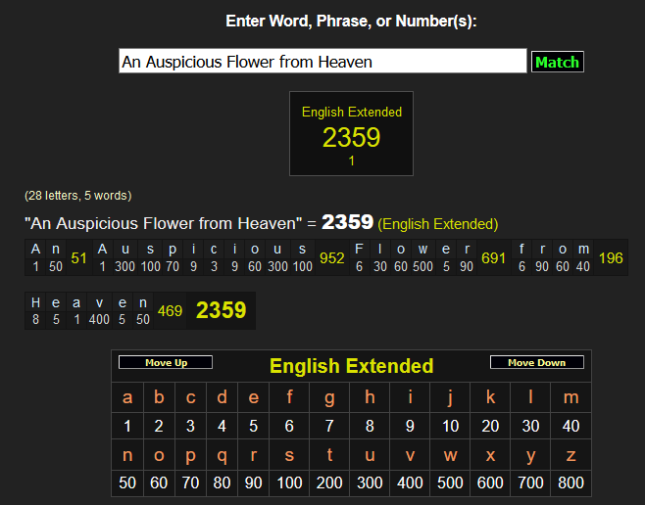 This number 2359 is interesting because in military time it would be 11:59 PM, one minute before midnight, and then the clock resets to 0000. (This number 2359 also appears when one plugs in the magic number 5558 Benjamin Fulford talked about into Pi.) 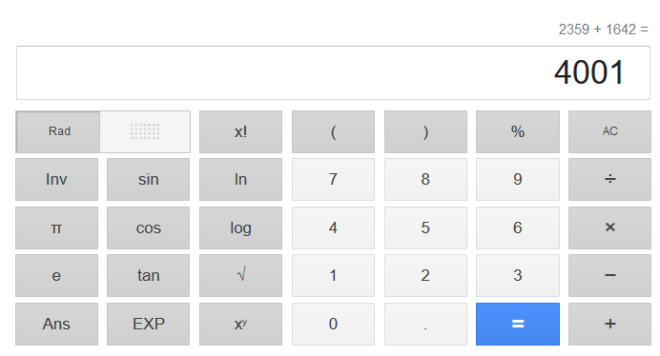 Interestingly, these are the digits of 410 and this number 4001 also happens to be the 551st prime number: 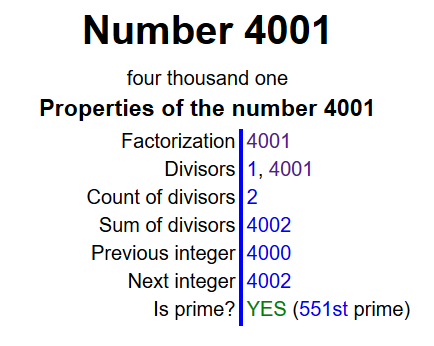 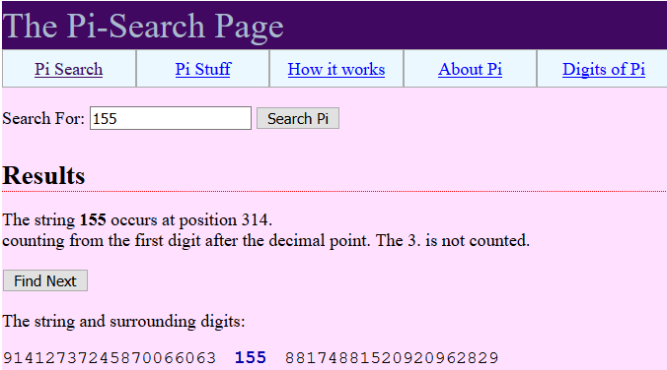 And the time that the meaning of this number was posted was at 4:13, which is Pi backwards:

If we see this 1004 as a date it would be 10/04 or October 4th and there are some interesting things we can get from this date. And while looking this information up on another page I noticed my page view count ended in 314: 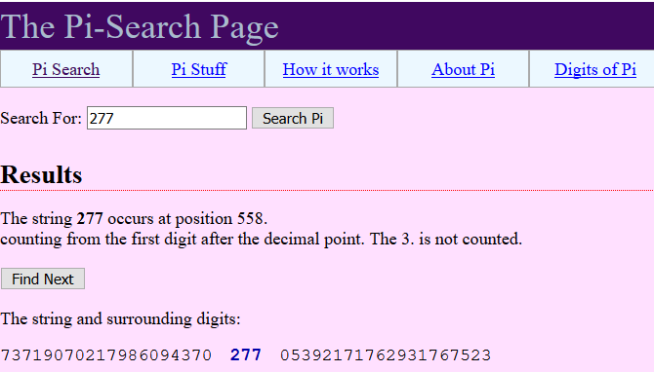 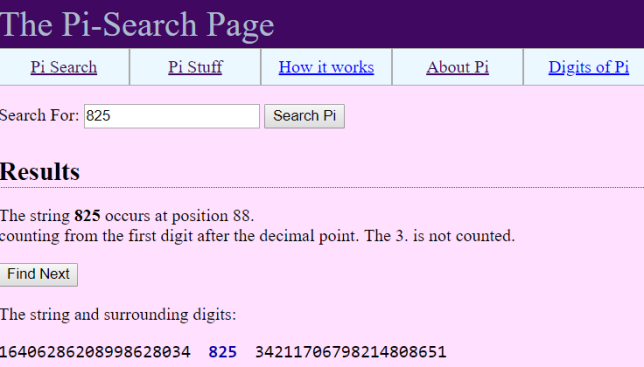 8/25 is the date that the meaning of the number 410 was written on the Angel Number’s website (we will see this appear again at the end of the article): 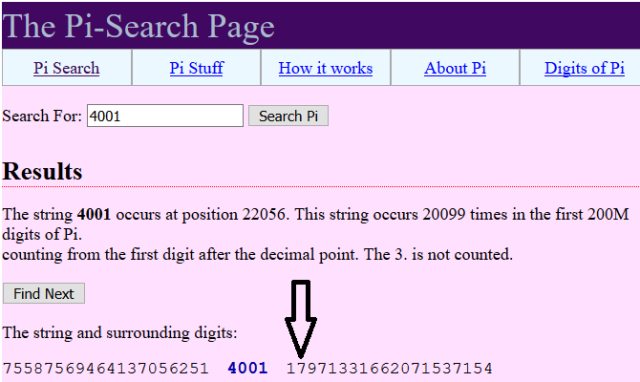 This number 179 has made a big appearance in these works recently and we know 179 + 179 is 358 and 358 is the gematria value of ‘Messiah’ (משיח) in Hebrew (a connection to the previously mentioned Udumbara prophecy, that a ‘Maitreya’ would come to Earth, which is a derivation of the Hebrew word for ‘Messiah’ = ‘Moshiach’): 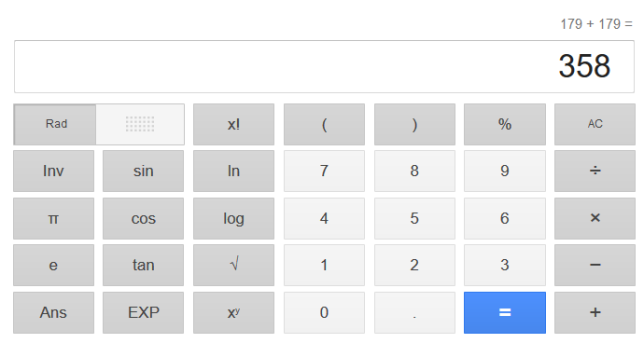 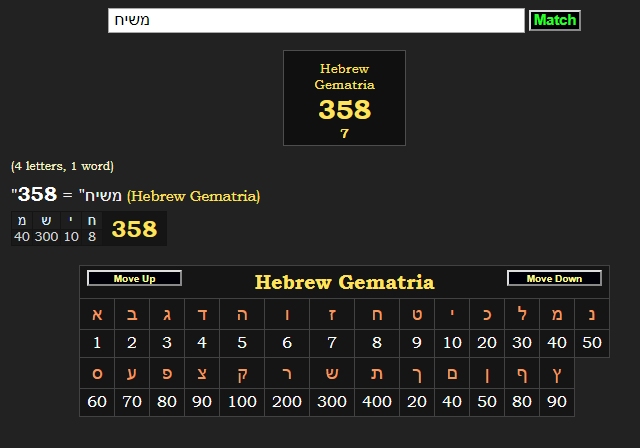 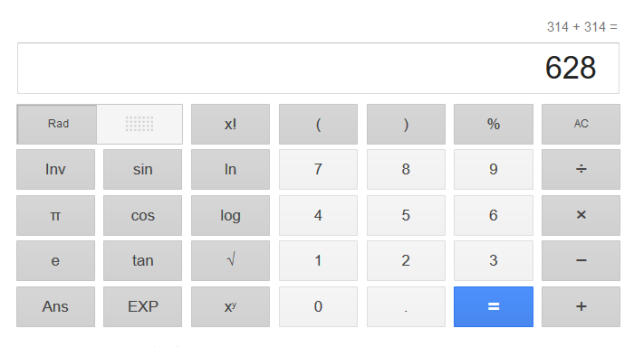 The gematria value of ‘The Udumbara Flower Grows Because Jesus is Here’ is also 179: 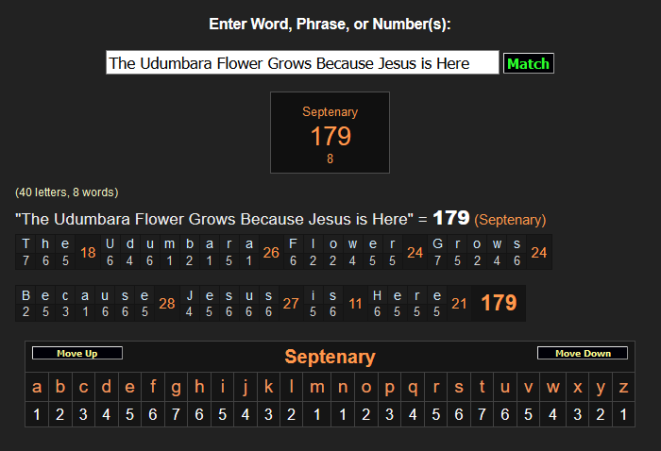 And if we plug 7641 into Pi we see 410 appear at the beginning of the string of numbers: 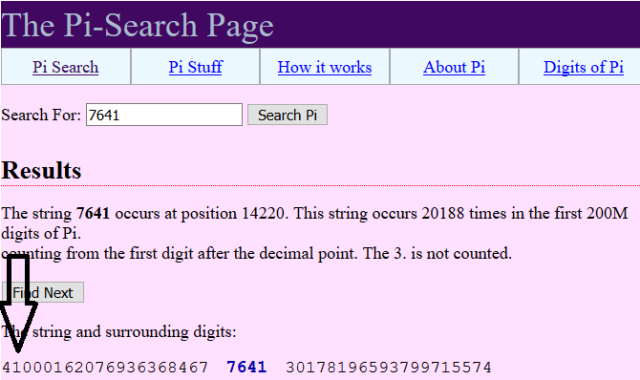 And we know the gematria value of the word ‘Gematria’ (גמטריא) in Hebrew is 263: 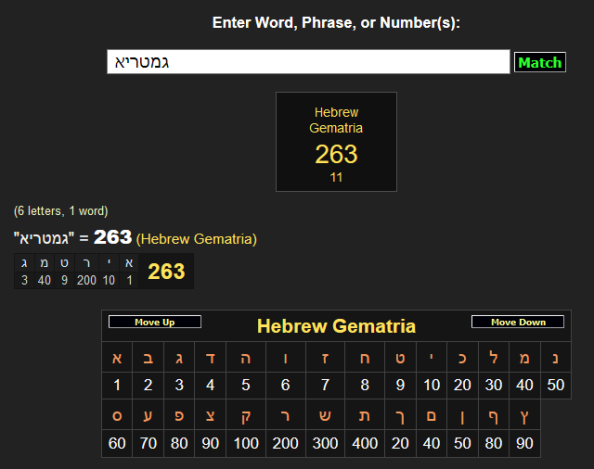 And I was attempting to keep the beginning of these synchronicities as simple and easy to follow as possible and I didn’t include a couple other values which I would like to finish with below: 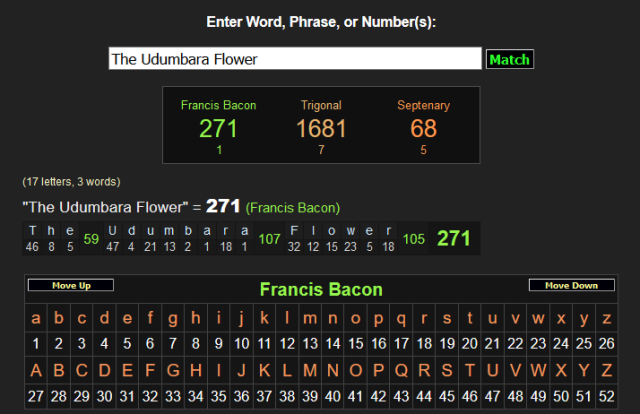 2.71 is the number known as Euler’s Number which appears as the letter ‘e’ on scientific calculators and is an important equation having to do with growth and compound interest. It goes on forever just like Pi and is connected to the number 410: 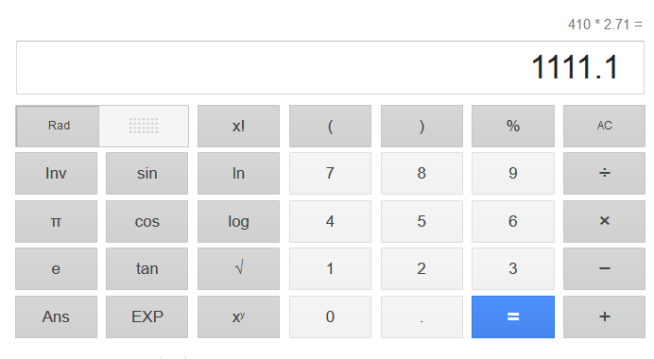 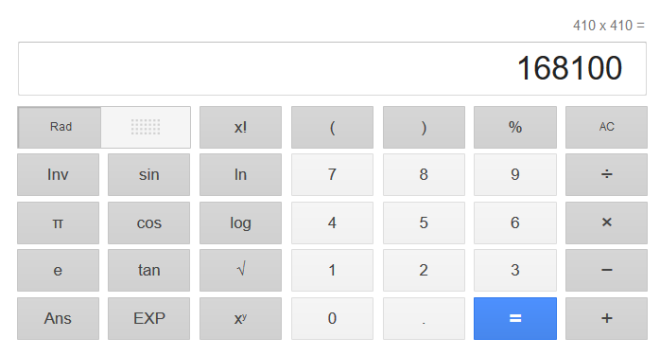 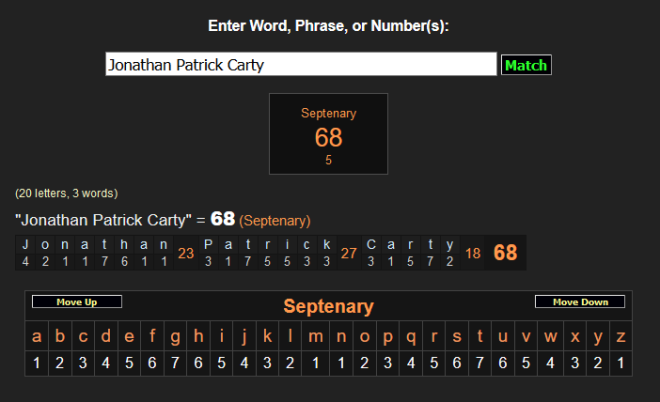 The gematria value of the two phrases together ‘The Udumbara Flower, An Auspicious Flower From Heaven’ is 174: 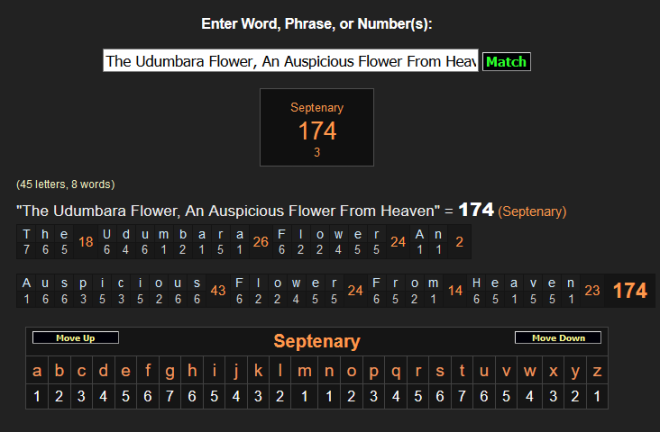 If we plug this number into Pi we see it takes position 155 (including a 410 in the string of numbers): 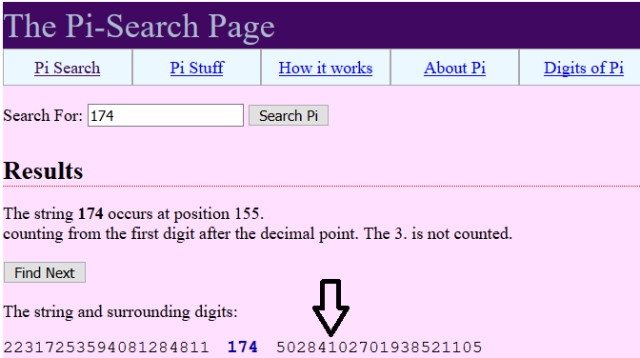 And we know 155 takes position 314 (Pi) (this is amazing because the combined gematria values of that entire phrase is 4001 and 4001 is the 551st prime number, so here we see 155 and 551 appearing together using different gematria ciphers): 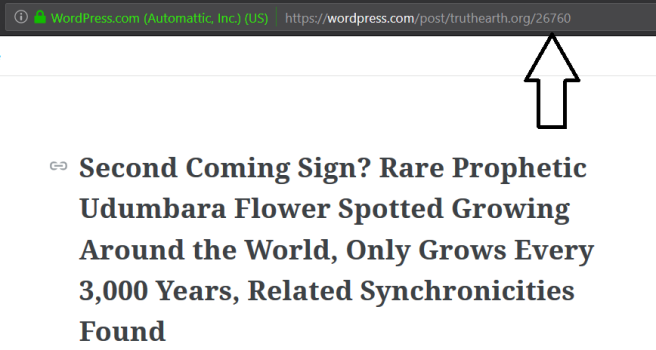 If we plug this number into Pi we see an 825 and 104 right after that at the beginning of the string of numbers: 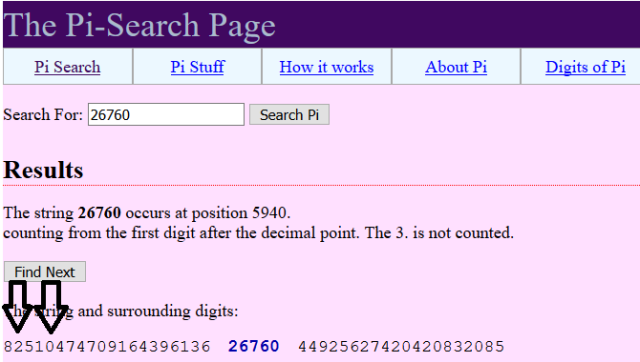 825 or August 25th, if seen as a date, was the day the meaning of the number 410 was posted on the Angel’s Numbers website:

Interestingly, if we plug in the number 68 in the converter (the gematria value of my full name and also of ‘The Udumbara Flower’), results in the number 104:

And 150 is the gematria value of my name: 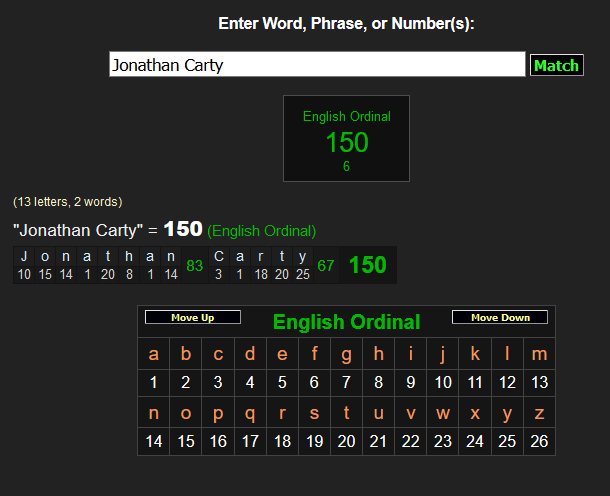 If we take the number we got earlier when we plugged in the number 4001 into the converter = 7641 (see screenshot from earlier) and add these digits together, we get 117: 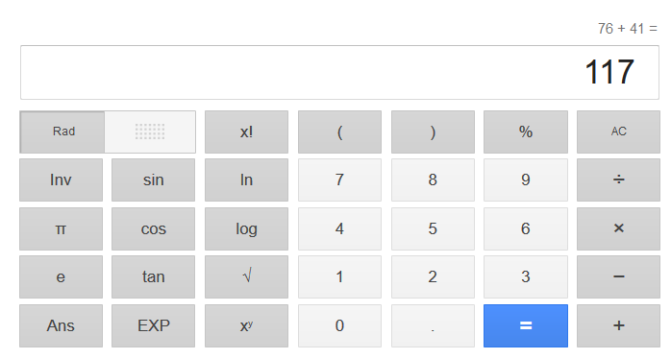 The gematria value of ‘Udumbara Flower Prophecy’ is 79: 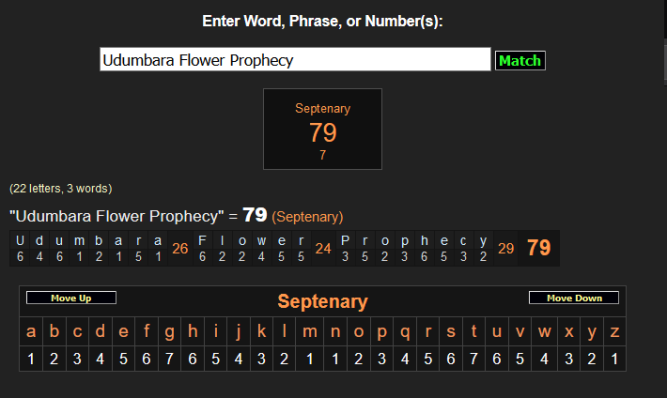 And if we plug the number 79 into the converter we get the number 117:

And 7/9 or July 9th was the date I began compiling these synchronicity reports onto one page: 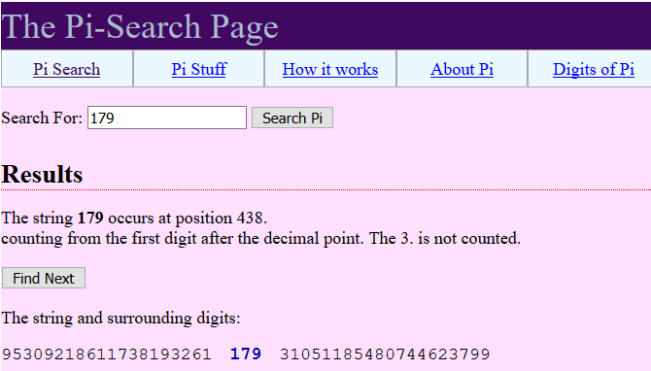 And if we plug 438 into Pi we see it takes position 1681, which was the gematria value of ‘The Udumbara Flower’ (see screenshot from earlier): 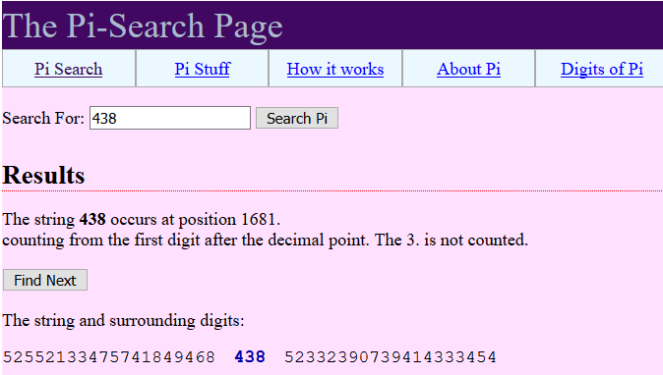