Some of you may have heard of the new documentary series on Netflix titled ‘The Keepers’ that was debuted recently. It is about a government-connected pedophile ring that involved the Catholic church and the murder of a woman who was about to come forward to the police with the information of the abuse being committed against the teenage and even younger students.

It is incredibly disturbing but congruent with everything we have been hearing about in regards to leaks from various whistle-blowers and e-mails which I have included below.

I had an instant hit when I heard the testimony in the docu-series about a man named ‘Skippy’ who was involved in Cathy’s murder and lover to one of the men who killed her. I immediately recalled Hillary Clinton’s campaign chairman, John Podesta’s leaked e-mails which came out through Wikileaks.org recently.

He was described as a man with brown hair and a mustache. 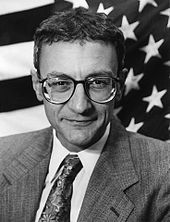 Thanks to a comment from a reader on this blog they have provided a photo of John Podesta in college, with dark hair and a mustache, just like the in the description from the documentary:

There are several e-mails of him being referred to as ‘Skippy’. Pedophile code words were also found in his e-mails and it is a strong possibility that he and his brother Tony Podesta are Luciferian pedophiles.

He was born in 1949 which would have made him 20 or so when Cathy’s tragic murder occurred. Per his Wikipedia page it says:

“John Podesta identifies himself as a Catholic and has worked closely with Catholics in Alliance for the Common Good and Catholics United.”

John Podesta graduated from Land Tech High School in 1967 in Chicago at 18 or so and it says on his page that he completed college in 1971 in the same state of Illinois. That doesn’t mean he couldn’t have traveled around though. The timeline appears to be very consistent. Almost fits like a glove. During his time in college he helped Eugene McCarthy’s candidacy to the Democratic Party.

Now here is a timeline that would have put McCarthy and the Podesta brothers in the Washington D.C. area at the time of Cathy’s murder. Just to note it is only a 30-40 minute drive from D.C. to Baltimore: 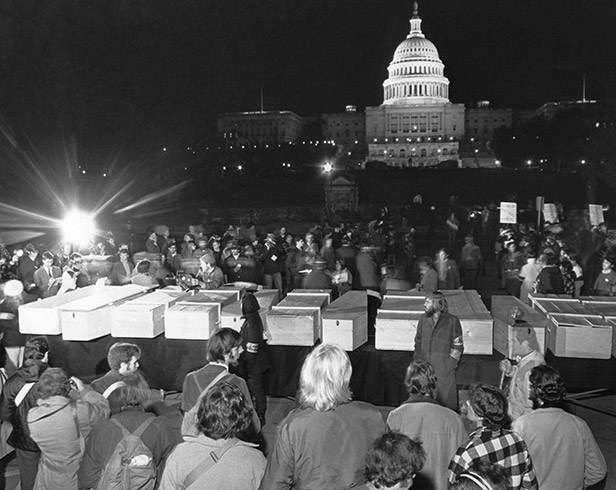 John and Tony Podesta were helping him with his campaign so I’m assuming they followed McCarthy wherever he went. This I learned from the television show ‘Scandal’ where the volunteers followed the candidate around in every state to help with various activities:

“In 1971, he [John Podesta] graduated from Knox College in Galesburg, Illinois, where he had served as a volunteer for the presidential candidacy of Eugene McCarthy.”

“While studying at MIT in 1968, [Tony] Podesta left to work on the presidential campaign of Senator Eugene McCarthy, for whom he did field work and ran the scheduling advance operation in California and other states.”

I found an interview with John’s big brother Tony Podesta where he mentions traveling around the country with McCarthy:

In the docu-series there is another man who was in Maskell’s office that participated in the abuse and traumatization of the students called Brother Bob. In this interview above there are two men named Bob; Bob Wood and Bob Squire, both are dead now. They were both heavily involved in politics and both had close ties to the presidents/candidates of their time. Tony Podesta had contact with both of them.

DN: Was Bob Wood there [at MIT] then?

TP: Yes, he was, and Ithiel de Sola Pool [Chair of the Department], the whole collection of very distinguished faculty members, interesting group of people…”

TP:  “…I got a call from Bob Squier I remember, saying, Bob called and we had this conver-, he probably had the same conversation that I had with Senator Muskie, you know, was it a good thing or a bad thing, was it a terrible thing and so forth and so on. And Bob said, “Oh no, it’s a great thing. It humanizes him; it’s fabulous.”

I did find a man, who is alive right now, named Bob Shrum who is Catholic and was adviser to John F. Kennedy and also a Democrat. He is mentioned a couple of times in the Wikileaks e-mails addressed and CC’d to John Podesta:

Here are some religious themed articles he has written:

(The Daily Beast) How ‘Religious Freedom’ Is Hurting Everyone’s Freedom

(David Mixner) Robert Shrum: Catholic Church Has A Right To Its Faith But Not To Impose It On Others

In a book written by Sydney Blumenthal, ‘The Clinton Wars’, I found an acknowledgment of John and Tony Podesta and also Bob Shrum:

“I thank especially John Podesta for his encouragement throughout.”

“I appreciate the stalwart support I recieved during these recent years from many people, including James Carville, John Emerson, Mark Penn, Tony Podesta, Bob Shrum…”

I have already been told to stop by a user on Reddit using what appears to be a throwaway account:

As an interesting synchronicity, I was driving to check on someone’s home that is out of town and I saw this:

As we hear from those brave whistle-blowers and Satanic Ritual Abuse survivors like Cathy O’Brian the higher-levels of the government involved in pedophilia was in full swing at that time and even before that so I wouldn’t be surprised if they were involved in that. Not saying they were but I’m just throwing out suggestions and possibilities.

The following are e-mails that refer to John Podesta as ‘Skippy’:

“I also reminded her of about monuments and roadless rule from Clinton admin, and monuments under Obama. She was also really interested in hearing more about Skippy. I basically said Skippy was more legend than reality. (I hope that wasn’t off message!)”

“I am going fully Skippy on my van. The person I replaced wanted to remain a
part of the team and volunteered to be our designated chauffeur. Against my
protests the team agreed and we have an EXTRA person in our cramped van.
I had missed it. Thanks for passing along.”

“A thin, stern-looking man in photographs, Mr. Podesta was given the moniker
Skippy the Evil Twin by the staff when he was in a bad mood, according to
his brother, Tony Podesta, chairman of the Podesta Group, an influential
lobbying and public-affairs firm. Twenty years ago, the two brothers started
what has become one of Washington’s most successful firms of its kind,
originally called Podesta Associates.”

Per the Wikileaks e-mails he and his brother were invited to a session of what is called ‘spirit cooking’ which involves Luciferian blood rituals with a woman named Marina Abramovic.

I wrote an article containing many of these horrific e-mails if you feel guided to check it out. The content is quite disturbing so I advise mental preparation before carrying on. It turns out people at the highest levels are involved in Luciferian rituals and child sacrifice:

I would also like to draw attention to the Jonny Gosch case which also has its own documentary on Netflix. Little Jonny was kidnapped and the investigation by the police was very similar to the situation in Baltimore.

Evidence was lost or misplaced, and Jonny was sexually abused by high-level people in the government; Bush and other politicians. It is being revealed now that there is an international, industrialized effort to procure, sexually abuse, ritually torture, sacrifice and dispose of children on a global level.

Dr. Phil aired an episode featuring a woman who lived through this life. I highly recommend looking into that. She said she was abused by politicians, judges, CEOs, Royal Family members and more. Below is the full episode:

I hope this information finds the proper people well and that it helps make more connections that will lead to some type of action which is desperately needed. Thank you and much love.

If anyone feels guided to support me and this research I do please consider a PayPal donation or becoming a Patron: