More Jesus Synchronicities/Did Ra (And Friends) Help Build the City of Phoenix for the Second Coming?

Based on the Jesus Synchronicities that have occurred thus far, I am strongly inclined to believe that at least the area where I live or possibly the entire city of Phoenix was built with countless synchronicities in order to facilitate the Second Coming. This obviously wouldn’t be possible without a massive team of intelligent people/beings working on both the physical and non-physical planes to do this. I would also add that this is just a strong suggestion based on my guidance and not a declarative fact.

But first I would like to share some interesting but relevant synchronicities related to this subject. ‘They’ are usually the ones to guide what phrases and words I put into the gematria calculator. And many times I think too small. If this is the case, they will give me a push and communicate “THINK BIG” in terms of statements and words.

The gematria value of ‘Arizona is the Birthplace of the Second Coming’ is 1681. The sacred 369 appears as well:

This number also appears when properly following the trail of 144 in Pi. We get a result of 1638 at first:

One big thing that I forgot to add to a previous post was that the apartment complex I currently reside in is found in Pi when entering in 1111:

1111 takes position 12700 and we find the 127 when we enter in the phrase ‘Is Jonathan Patrick Carty the Son of God’ using the biblically-derived septenary cipher:

Based on my research of Freemasonry here in Arizona the city of Phoenix’s first mayor was a Freemason:

“John Goodwin, a Freemason, and his party arrived in the Arizona territory in December 1863. He established the territorial capital of Prescott, approximately twenty miles from Fort Whipple. In 1864 nine Master Masons held a meeting in Prescott at John N. Goodwin’s house. Brother Goodwin presided at the meeting.

After satisfying themselves that all present were Master Masons, those nine Masons decided to apply to the Grand Lodge of California for a dispensation to open a Lodge at Prescott. The name selected for the new lodge was Aztlan. Brother John T. Alsap, who later became the first mayor of Phoenix, was chosen as its first Master.

Brother Goodwin was chosen to present the petition to the Grand Master of California. Brother Goodwin presented the petition on April 23rd, 1865, and the dispensation it requested was granted. In January 1867, after the California charter had been granted, Aztlan Lodge No. 177 was duly constituted and the officers installed by Past Master John Martin.
​
Freemasonry had officially arrived in Arizona.”

Now of course I have no idea if these are good guys or bad guys. But my feeling is that some of them had to have been benevolent (and possibly guided by ‘outside forces’). But as I mentioned, I am not certain of this. I just wanted to point out Phoenix’s occult beginnings. Obviously there were people living here (Native Americans) before they came here but that’s just the way things ended up happening at that time.

Now with that being said I would like to share some interesting information about Phoenix’s first flag:

“The first official flag, adopted in 1921, featured a dark gray phoenix with its wings stretched out and its head facing the fly on a blue field. The phoenix was pictured rising from flames above a yellow and black torse.  A yellow sun and 48 rays were featured behind the central figure.

The number of rays could reflect that the state of Arizona was the 48th state admitted to the Union in 1912. A white ribbon below the featured design contained the wording “City of Phoenix Arizona”.

We know Ra is also known as the Sun God of Egypt and Phoenix is also referred to as the ‘Valley of the Sun’:

Sacred at Heliopolis, the phoenix was a mythological bird based on the wingtail or the heron. It was specially attached to Ra God because it seemed to mimic the sun rising from the water when it took flight. Its Egyptian name (for “phoenix” I is Greek) was bennu, which was derived from a word meaning “to shine” or “to rise.”

It was depicted with a long straight beak, graceful body, long legs, and two lengthy feathers falling from the back of its head. In the Coffin Texts the dead person viewed himself as rising like the phoenix: “I am that great phoenix that is in Annu, the supervisor of all that exists.”

The Phoenix also has an attached meaning to Jesus:

“In the historical record, the phoenix “could symbolize renewal in general as well as the sun, time, the Empire, metempsychosis, consecration, resurrection, life in the heavenly Paradise, Christ, Mary, virginity, the exceptional man, and certain aspects of Christian life”.[3]

At the hospital I worked at there was a ceremony that took place (they had asked me to play the piano at the gathering) where a woman dressed in all white (possibly a Freemason, she was very kind) unveiled a pair of beautiful multi-colored blue Thunderbird wings. These colors reminded me of the depiction of the Blue Avians (Aka RA) based on Corey Goode’s experiences: 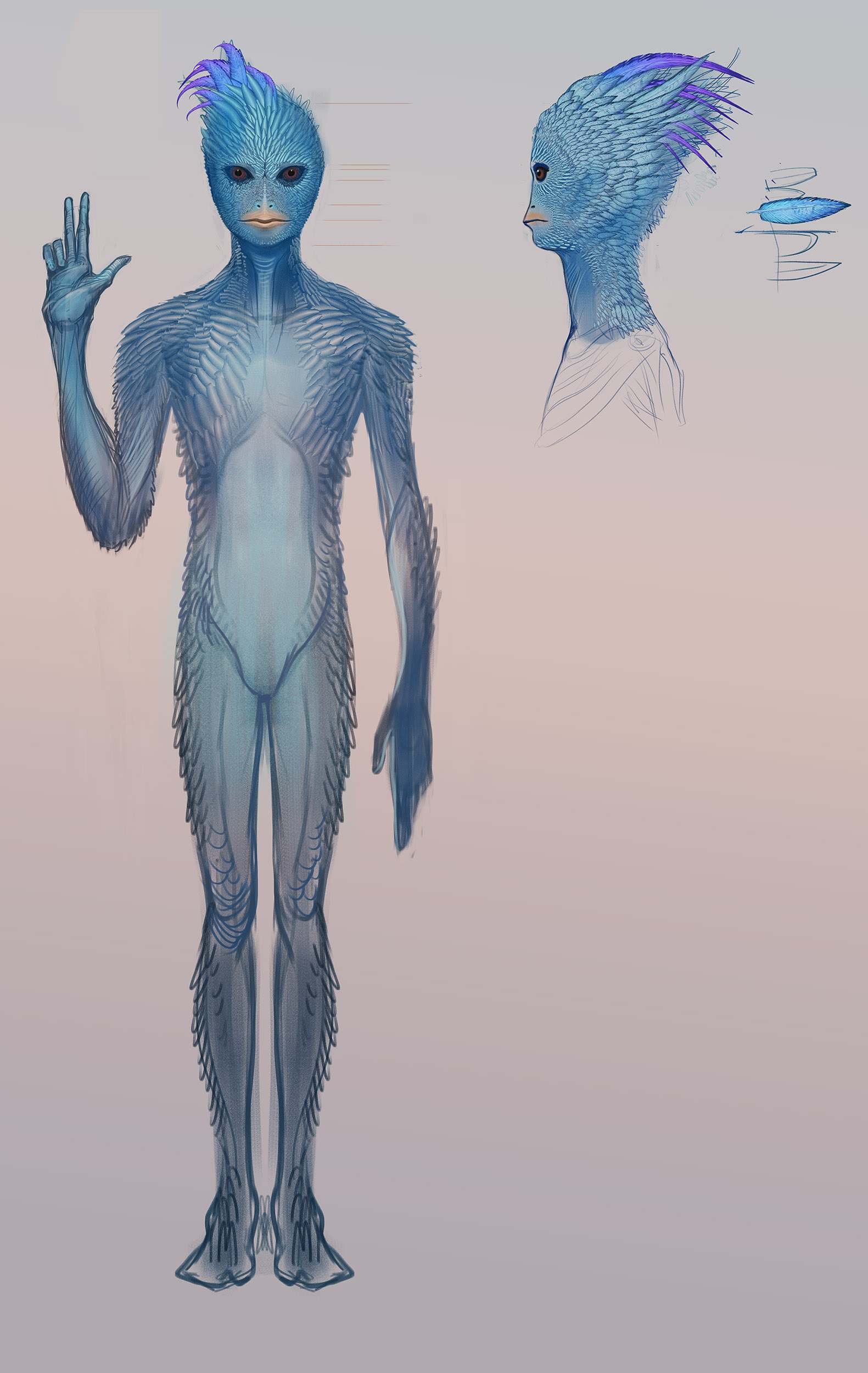 I would reiterate here that the gematria value of ‘The Blue Avians’ is 1111 and and 1111 appears at the entrance of the hospital along with the 5555 in the address:

The gematria value of ‘Valley of the Sun’ has some connections with Jesus-related gematria as well. There are countless more at this link.

The gematria value of ‘Jesus is Here’ is 138 which is also the numerical designation for the street Thunderbird Road which is the street I live on and the part of the address of the hospital:

We even see a 306 in the zip code which is the gematria value of ‘Is Jonathan Carty the Son of God?’:

306 is also the hiking trail number where several other Jesus synchronicities have occurred.

The Wolf spirit animal has also made its presence known in this post number which is 23010. 2301 is military time for 1101 which is the gematria value of ‘Wolf Totem’:

This is just a small amount of research that I have been guided to do in relation of the City of Phoenix so far. They continue to guide me and those reading this to “THINK BIG”. There were a lot of resources and celestial alignments that were put into the incarnation of Jesus the first time.

I’ve done a lot of homework on this subject and there is a lot of reason to believe that it involved countless parties and beings on the physical and non-physical planes to make it happen. If they did it before, and the Universe promised it again, why wouldn’t they do it again? And make a big beautiful thing out of it? Especially if billions of people are expecting it. They certainly had the time and the resources.

That’s just my two cents. I am excited about these things though, even if not everything I’ve shared here turns out to be true. If I am supposed to play the role of Jesus, it would be an honor that I cannot possibly put into words. Thanks for checking this out everyone and I wish each of you much love as always <3

PS it will show that this article was posted on July 8th, but it is actually still the 7th here in AZ. ‘They’ wanted that to be known:

1 Response to More Jesus Synchronicities/Did Ra (And Friends) Help Build the City of Phoenix for the Second Coming?