Since I have my laptop back I will be able to compile the several possible references to the Chimera Group who we have just learned are Arachnid beings incarnated into humanoid bodies. After Cobra revealed this just recently my mind went back to several shows and movies where a spider or something similar to a spider was depicted as being the very top of the control structure, which is the case for this planet.

The first thing I remembered was the movie Monsters Inc. This is a Pixar film which follows a couple of ‘lovable’ multi-dimensional (they open portals to children’s bedrooms) monsters who work in a factory whose purpose is to scare children and generate as much fear as possible (the more fear the better) and use this as power for their city. The more fear they generate, the more they are rewarded.

Based on the title of the movie (Monsters Inc.) and the fact that this is a large operation within the movie, this indicates that this is a business and this is perfectly reflected with the information given to us by various whistle-blowers and researchers. These Archon/parasite beings require low-vibrationary energy (fear, anxiety, anger, rage, etc.) in order to live. For example, the more pain and fear generated in an SRA (Satanic Ritual Abuse) ritual, the happier and more ‘fed’ the negative beings are.

The CEO of this fear-generating factory within the movie is Mr. Waternoose, a spider/crab-looking being: 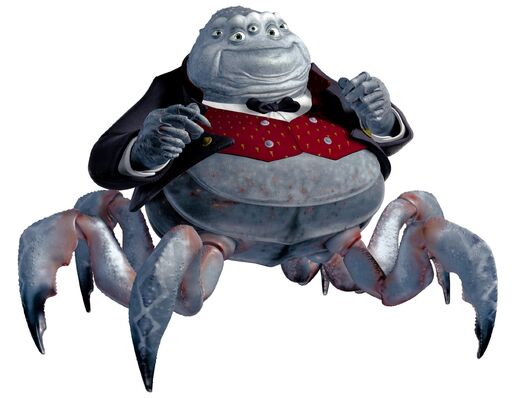 The next example that flashed in my head was an episode of an animated adult show called South Park. In this episode the Catholic church is debating on whether or not to change a holy document saying it’s okay for priests to marry so they wouldn’t molest children. But after consulting the ‘Queen Spider’ (the highest authority) in the Vatican, she dictated that the law would not be changed and thus molesting children would continue. 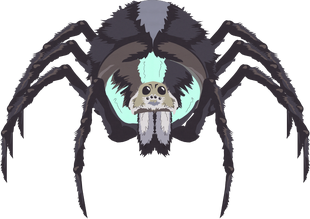 The Queen Spider from South Park.

It’s important to point out here that the Chimera Group work with the non-physical Archons/parasite beings who give orders to fellow incarnated Archon Italian Black Nobility Families which were strongly tied to the Vatican and even featured family members as Popes. You can watch a short clip from the show of the encounter with the Queen Spider at the link below (I tried to upload my own clip but YouTube blocked it):

The next strong possible instance of this disclosure was in the 1990s sci-fi series Babylon 5, which I have written about extensively in the past as being a show which disclosed several important pieces of information including the ongoing efforts to liberate the planet and more.

In this show the Earth government (there is only one world government, and in the President’s office there is Freemasonic/Illuminati symbolism peppered everywhere) is attacked and infiltrated by ancient beings called The Shadows. They are extremely malevolent and have a very arachnid-like appearance. They are the top of the pyramid in the show:

Ancient Malevolent Being Called The Shadow.

A side note, they use beings called the Drakh (reference to Dracos Reptilians?) to do work for them, which is what actually happened in reality, based on whistle-blower testimony and intel:

“This [Chimera] group includes the leaders of the dark forces from the Andromeda galaxy. They came to Earth in humanoid physical bodies 25,000 years ago and quarantined the planet. They have built a scalar electromagnetic fence around the Earth (the Veil), effectively preventing positive ET contact and thus isolating humanity.

Then they constructed a vast network of subterranean cities, using Draconians as slave handlers and Reptilians as slaves and controlled the human population on the surface of the planet from there…” 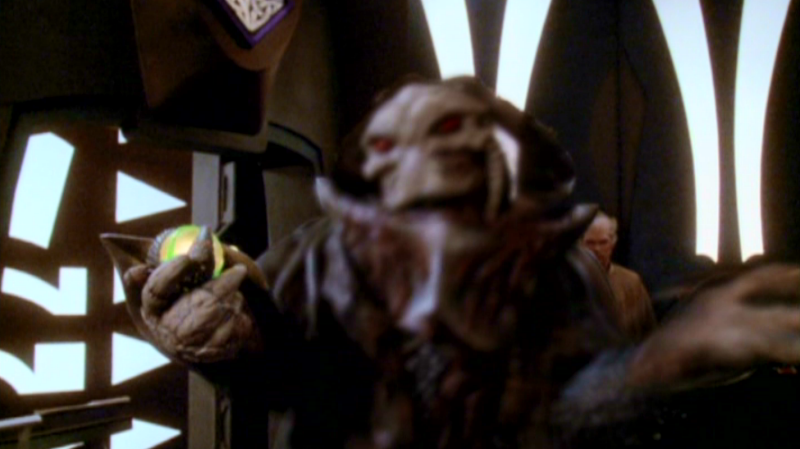 Slightly Out-Of-Phase Beings Called The Drakh Who Did The Bidding Of The Evil Spider-Like Shadow Beings.

The next very disturbing comparison to these spider beings is from the epic disclosure download The Matrix. In The Matrix Universe (which is basically ours) powerful spider/octopus-like machines with several eyes take control of humanity and use them as a power source: 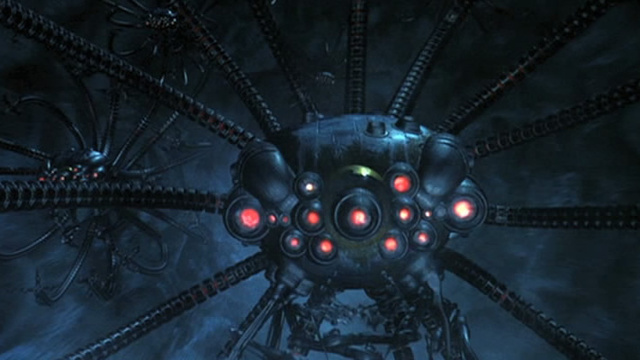 Advanced Intelligent Machine From The Matrix Which Has A Spider/Octopus Appearance. We Would Also Note The Several Eyes Which Is What We See On Spiders.

One more disturbing comparison within this movie is when Morpheus is explaining the situation to Neo and the movie shows footage of human babies being incubated in an egg-like container:

Movie Poster Depicting A Baby Incubating Within An Egg Created By The Machines.

This is also similar both in appearance and to the spider’s reproductive process as we know they lay eggs:

Then they pan to a shot of all of the Machines/Spiders tending to their fields of ‘eggs’: 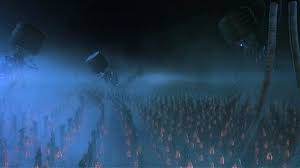 Scene From The Matrix Where The Machines Are Tending To The Endless Fields Of Containers Filled With Humans Of Various Ages.

I would like to point out here that it’s possible that these various TV shows and movies were simply using one type of creature, archetype or appearance which most people are afraid of (spider or octopus, etc), in order to convey the emotion or energy of the antagonist (the bad guys) to help establish the plot of the movie.

However, thanks to various whistle-blowers and researchers we also know that part of the way their black magic works is that they have to tell us what they are doing or going to do in order to comply with the Universe’s primary foundational principle of Free Will. If we say or do nothing, then this is considered consent and we agree to be collectively enslaved or whatever the intention of the being happens to be.

In any case, these comparisons are disturbing to say the least, and I can only imagine people’s reactions when they find out evil spider people have been controlling them and their family and friends for thousands of years. It’s gonna be a real epic Full Disclosure.

Someone in the comments section on Cobra’s blog pointed out the spider-like web designs on various currencies. I happened to have an old British pound from some years ago and I looked at it totally differently after reading that. It also gave more credit to that little creature on the American dollar bill being a spider instead of an owl:

Is This A Spider Or Owl On The American Dollar Bill?

We could logically see it as a spider, since the surrounding designs seem to be web-like. Definitely a creepy change of perspective for me personally.

Do you know of any other spider-like references in TV and movies? Please leave a comment below so others can be aware of them. I might even update this article with your information. Thanks for checking this out everyone and I wish each of you much love as always <3

PS I have gone ahead and turned this collection of information and intel into the fourth installment of The Final Battle video series:

15 Responses to Arachnid Chimera Group Disclosed in TV and Movies?