So this post is going to feature some interesting synchronicities which seem to be related to current events (global financial collapse). As always I encourage everyone reading this to use discernment as this is all done on faith.

One of the first interesting things from the other day (February 27th, 2020) was when I went out to take a walk and listen to music. After a few minutes I had looked down and noticed that the song ‘The Final Countdown’ had just started playing when I looked at my phone and the clock time was 11:11 AM:

Then the next day, February 28th, I was washing my hands with the (blue) Dawn soap I was synchronistically guided to buy some months ago and noticed a bubble come from the top which floated around for a few seconds and almost went out the open RV door before popping. I went to make some orgonite but was strongly guided to write occurrence down:

This appeared to be a synchronicity related to the global debt bubble popping which seemed to have begun happening last week when the stock market crashed:

“…After a nearly 4,000 point drop in the Dow Jones, Trump officials are racing to distance themselves from the stock market crash. | Source: Yahoo Finance“

So the bubble coming out of the Dawn soap container, whose brand letters are in blue (Blue Dawn), could represent the global Everything Debt Bubble finally beginning to pop and the Blue Dawn beginning to dawn.

I would also note that the time I documented this occurrence was at 12:12 PM and the 12:12 could represent both of the hands on a clock at the 12 mark indicating a ‘clock striking the hour’ synchronicity:

While in town on March 1st I was guided to drive around and ultimately I came across the sweet elderly lady (79 years old) holding a sign which she sadly does regularly. So I go and get her a coffee and a banana and go outside to give it to her which she is always thankful for. One time she told me “oh thank you, you must have known I was hungry!” Hearing things like this really makes my blood boil as I find it criminal to ignore and allow an elder in our society to have to resort to holding a sign hoping someone will give them some money. For God’s sake people, if you see a person holding a sign, and possess the means to buy them a sandwich or anything, please do it! It seems that no one has learned a thing in 2,000 years! Have faith that your cup will be refilled by the Higher Ups. 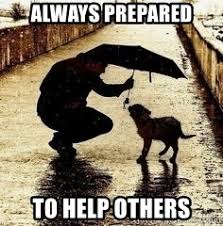 So we talked for a while this time and she asked me about a math equation she found on a stone which ended up being the Pythagorean Theorem. The people who wrote on the stone wanted to see how far the stone would travel. But while she was looking through her bag of stuff to find it she pulled out a couple of statues of Jesus on the cross. This was yet another Jesus synchronicity:

So after talking with her I went to the store to get some orgonite supplies and I was guided to take out $60 in cash back which I didn’t understand or agree with. So I ignored this guidance and went back to the car. But the higher ups don’t let things like that go so they kept giving me the energy to turn around after I had driven off. So I yielded and went back towards the store but was guided to stop at Walgreens instead where I went inside to the ATM, which was free amazingly, and got $60 out. I was then guided to give it to the elderly lady who tried to refuse it at first (she only thought I was giving her $20) but I told her it was from God. It was supposed to rain the next day and she said she was going to be outside so I think the Higher Ups didn’t want her to be out there so they had me give her that money. Just a theory.

Today I was guided to go back to town to get groceries. I ended up parking behind a car which had a Jesus sticker on the bumper and another sticker about faith:

Something funny happened as I was finishing up getting what I was guided to get. I was suddenly guided to get several bulbs of garlic (8 total):

Only after getting everything to my car did I realize I had a text from a relative asking if I could get some garlic from the store! The time they texted me was literally as I was checking out, a couple of minutes after I had grabbed the garlic interestingly:

There’s a possibility that Archangel Gabriel was making an appearance in the form of the checkout time as the gematria value of his name in Hebrew (גַּבְרִיאֵל‎) is 246 which I was strongly guided to include:

I don’t know that much about archangels since religious information was never an interest of mine so I did a little research on him and found out that he was the messenger who told Mary that she was going to be giving birth to Jesus:

26 And in the sixth month the angel Gabriel was sent from God unto a city of Galilee, named Nazareth,

27 To a virgin espoused to a man whose name was Joseph, of the house of David; and the virgin’s name was Mary.

28 And the angel came in unto her, and said, Hail, thou that art highly favoured, the Lord is with thee: blessed art thou among women.

29 And when she saw him, she was troubled at his saying, and cast in her mind what manner of salutation this should be.

30 And the angel said unto her, Fear not, Mary: for thou hast found favour with God.

31 And, behold, thou shalt conceive in thy womb, and bring forth a son, and shalt call his name Jesus.

32 He shall be great, and shall be called the Son of the Highest: and the Lord God shall give unto him the throne of his father David:

33 And he shall reign over the house of Jacob for ever; and of his kingdom there shall be no end.

It’s interesting to note that the above message ends with 33 and today’s date is 3/3 and we know Jesus allegedly lived for 33 years.

Today’s daily bible verse happens to be James 4:10 and I was guided to take a screenshot of it just before writing this article at 4:10 PM:

The gematria value of this verse is 233 which is the reverse of the time I wrote down the dream which began all of these Jesus synchronicities (3:32 AM):

I believe I figured out that the above verse from the dream referred to 1 John 4:4 – 4:10 regarding God sending Jesus to Earth:

7 Beloved, let us love one another: for love is of God; and every one that loveth is born of God, and knoweth God.

8 He that loveth not knoweth not God; for God is love.

9 In this was manifested the love of God toward us, because that God sent his only begotten Son into the world, that we might live through him.

10 Herein is love, not that we loved God, but that he loved us, and sent his Son to be the propitiation for our sins.

410 is continuing to appear in various places, this time in a Zero Hedge article:

“…Jack Welch, a railroad conductor’s son who became chairman and CEO of General Electric and led it for two decades, growing its market value from $12 billion to $410 billion, has died. He was 84…”

And there are no dreams of interest to report this time.