So I am being strongly guided to include some interesting dreams which have manifested over the past several days. As always discernment is advised with everything you read here.

The first was a dream I don’t remember now which had to do with making a decision which felt heavily energetically:

What that means I am not certain of. But it was important to write down.

After rescuing a man with this technology he goes a little ‘time crazy’ and holds her hostage. I was both watching and part of the story. This all occurred at what seemed to be her giant multi-story hangar-like workshop I think.

At one point she used one of the remotes and opened a portal which displayed various symbols in the air including 3 interlocking number 3s which were connected at a single point which also harmoniously modulated in place kind of like the psychedelic electric sheep video.

It was epic and we stared at everything for a little bit. I think everything resolved in the end. It was an interesting story.

The 3s resembled the Celtic Triskelion:

This was as close as I could make what it looked like, except the middle part was dynamic and was moving harmoniously within each part:

The next dream seemed to portend that a difficult and dangerous personal journey was going to be manifesting. But the reward would be Freedom:

Relatives and I were in a country in Africa. Don’t know which one. We were walking along a road and suddenly we found ourselves on a highway whose flow of traffic was coming towards us. There was no other way to go forward except through the traffic.

There was someone there who told us that the drivers don’t care about people walking and would hit us potentially so it would be a dangerous walk.

I remember knowing we wanted to see the Statue of Liberty which was on the other side of the dangerous journey.

We started the walk and our pathway on the highway became almost non-existent and the traffic became heavier and more dangerous. Then I woke up.

The next dream led to the number 410 amazingly and unexpectedly. One message I’ve seen occasionally over the years is to ‘expect the unexpected’:

Dream about being in a store and I think I was the boss of a Japanese girl and my boss was not very kind to her.

We were talking about her troubled past and how she told me about how her father rose through the ranks of the Bush administration very easily and was basically handed everything without much effort.

I considered the possibility that he was a pedophile as this is a common practice because they are blackmailed very easily. I don’t know who he was but she was not happy about it or anything for that matter.

I tried to disregard the above dream this morning but I kept getting energy from the Higher Ups to write it down. I decided to see if there actually was a Japanese man in the Bush administration and discovered there was indeed one, a man named Norman Mineta who served in the Bush Jr. administration from January 25, 2001 – August 7, 2006 as the 14th United States Secretary of Transportation. Interestingly he was the only Democrat serving in the Bush administration. He is a very decorated person and has many accomplishments attached to his name. 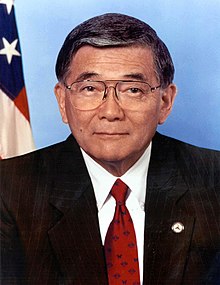 Is this actually the person I was supposed to find from the dream? I don’t know for sure. But interestingly I discovered that he is a member of the Japanese order, the Order of the Rising Sun which was founded on April 10th (4/10), 1875. So here we see the number 410 appearing. I wasn’t able to confirm that he had a daughter, only that he has 2 sons, and 1 stepson. Per Wikipedia he has 4 children. There is another stepchild but I couldn’t find whether or not they were male or female. So the daughter I talked to in the dream may or may not be connected to him and this may or may not be a trail that I was supposed to find.

It appears that the prophetic synchronicity of the bubble emerging from my Dawn dish soap bottle and popping soon afterwards was accurate as the stock market and other indices are crashing (everything debt bubble popping):

The following headlines from ZeroHedge are just from today, March 9th:

If you haven’t already prepared with extra food, water and supplies it would be a good idea to do so at this time. Calmly preparing is the best way to go. You can find more information about The Event here:

The following video was just posted almost an hour ago as of the time of this writing:

You can see the number on the man’s ID badge in the cover photo above as ‘464’. If we plug this into Pi we see it takes position 1159, which can be seen as one minute to midnight or that the clock is about to strike the hour:

Donald Trump re-tweeted the following tweet from his official assistant and Director of Social Media at the White House, Dan Scavino, which depicts a meme featuring a QAnon signature, “Nothing Can Stop What Is Coming” which was posted yesterday, March 8th:

Who knows what this means, but it sounds good to me! https://t.co/rQVA4ER0PV

Being guided to post this Victory of the Light playlist I created some time ago. The songs are positive and exciting and go along with the theme of victory: