Some weird stuff has been happening these last couple of days and if you have been following the truth movement and intel from other sources you will be able to paint a picture of a grand event coming soon the likes of which this planet has never seen.

We have 6 events happening 2 days ago on July 8th. This included all United Airline flights being grounded due to a technical ‘glitch’, The NYSE (New York Stock Exchange) shutting down for about 4 hours, The Wall Street Journal’s website stopped working, over 2,500 people in D.C. lost power, the New York train system operations were interrupted with some trains being stranded and not working for long periods of time and the website ‘The Dissolve’ folded. Not sure what the significance of the last event was.

Here is an article from a blog with more detail on that.

I will post the comment from Corey Goode’s Facebook where his intel had communicated to him that the NYSE would halt on 7/7. This didn’t happen on that day but it did the next.

“I was told there would be a NYSE Halt and announcement on 7/7 that did not occur. It did not occur so I paid it no mind to it and figured it was yet more incorrect dis-info. Then one day later I was shocked to see this happen.
I was told that this is most likely an AI based dry run or social test. This happening right after Chinese businessmen lose over 30 billion dollars in a couple days, Greece and other countries conspiring to get out of the EU and western economic system and other intel we heard in a recent meeting that prompted my last mini-update is no coincidence.
I do not expect an announcement about the financial system after this NYSE incident but do expect more of these things to come in the near future.
All I can say is prepare the best you can.
Do not be shocked if “negative interest rates” are implemented or if withdrawal limits are placed on your checking/savings accounts.
No need to be fearful or anxious.
As stated all of these are growing pains of what will eventually be a new era for us all.
Stay tuned for my next two articles and updates that will be published shortly.
TY,
Corey/GoodETxSG”

We also had an additional massive hack from the Office of Personnel Management, this time involving 21.5 million individual’s Social Security numbers being taken.

Here is that article.

We have also heard that from the last massive hack of over 18 million current, retired and prospective federal employees that this information would be used in the trials that will occur in the future when disclosure happens and humanity will be awakened to the reality that has been presented and forced upon them.

Here is an article about the linking of the hacks to these trials that will happen.

Corey Goode just today posted an update about meetings that his partner ‘Gonzales’ had attended with the Royal White Reptilians. Here is that post. I should also add that it is part I of another that will be released on Friday or this weekend I believe.

As always exercise your discernment with any information you come across. 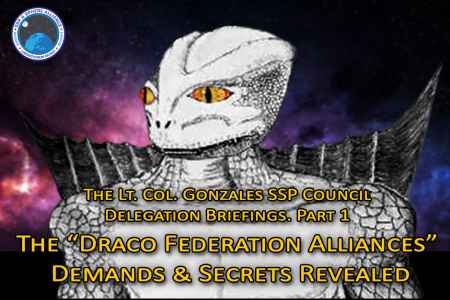 3 Responses to Wow 6 big events happening at the same time, another massive hack and more intel from Corey Goode