This show is a spin-off of a longer-running show called ‘Babylon 5’ which I wrote a large article about recently that you can read here if you’d like.

The premise of this show is a continuation of Babylon 5, however it was only on for 1 season and 13 episodes. The show follows a captain and his crew in search for a cure for a plague released into Earth’s atmosphere by beings that call themselves the ‘Drakh’ (pronounced Drawk).

I believe the Drakh is just a small change from ‘Draco’, which are a race of reptilians who have been traversing the galaxy for millions of years conquering and oppressing populations of people. This is what we have been hearing from whistle-blowers and insiders all the way back to David Icke’s work and even before that.

The Drakh take center stage as the villain in this series and are pictured as what we would know as the Draco Reptilians.

They are extremely malevolent and were doing the bidding of the ‘Shadows’ which were very ancient and powerful negative beings that would ultimately be defeated in the Babylon 5 series. This correlates to Cobra’s intel which I will quote below:

(2012Portal) “The Matrix is run by beings, called Archons (Greek for rulers). They are beings that came from the Andromeda Galaxy and chose to experience darkness. They refused to reconnect with the source. Through millennia, they created Draconian and Reptilian race through genetic engineering  to use them as slave warriors to expand their dark empire.”

(2012Portal) “Our Solar System has been under control of Orion/Andromedan Chimera empire and their Draco/Reptilian minions for the last 26,000 years, effectively putting planet Earth under quarantine status, isolating it from positive ET races.”

The Excalibur is the name of the ship that is to search the stars for a cure for the Drakh plague. When I did a little research on the meaning of Excalibur I found that the ship could be named after the sword because it was a tool used to destroy and take out some of the greatest enemies known of their time. And only the correct person could pull it from the stone.

The Drakh plague has very similar traits to the technology we see being used here on the population. The virus is a very complex nano-biological technology that adapts to its environment. It is released into the atmosphere which blankets the planet with it and gives no one a chance to escape its effects. It targets the most crucial body organs. 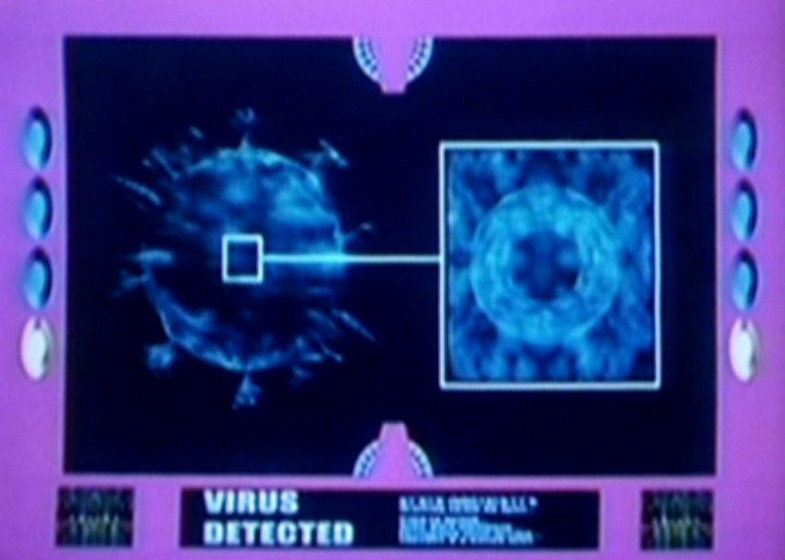 Once again the Illuminati or any other genocidal secret society is brought to light here when a group of ‘religious fanatics’ plan on blowing up part of the space station. The bomb they used was set to go off in 6 minutes and 66 seconds:

The leader of the ‘doomsday cult’, as they are called in the show, is someone who hears voices in his head telling him to engage in destructive activities. This man turns out to be French which is interesting to note. Giving more hints that this ‘cult’ could mean they are the Rothschilds, in reality, who are based in France.

This concept is a very big one in that we are learning, or re-learning I should say, that the Universe is One super being and everything is a piece of its consciousness and is part of ‘the whole’ which encompasses everything that ever was, is or will be and at some point in their evolution will be reintegrated back into itself.

During one episode the crew encounters an ET race of beings that claim the Earth government was having secret meetings with their government and covering them up from the public. The ET’s government destroyed anyone’s lives who searched for this information. Publicly they denied everything.

The ETs claimed their government covered up contact with other ETs and crash sites involving ships with humans. The beings go on to say that money is cut from education to the young people of their society and are subsequently dumbed down and can’t think for themselves and are much easier to control. Their government has affected every aspect of their lives.

They also tell the captain that large amounts of money went into building secret underground bases.

A representative from the ET’s government arrives to take back the beings to their planet, most likely to kill them, and the government representative mentions that their secret organization stages the sightings and uses ‘aliens’ as a scapegoat to stop wars. The beings were very ‘Men in Black’ looking:

After meeting with these ETs (pictured above) the captain decided to send a large data dump of information to everyone on the planet all at the same time. Information about Earth and other truths that would end secrecy on the planet forever. This is something we have been hearing about for a while now which is part of the plan of The Event.

This one is a big maybe. But one of the scenes included is one where the negative ET belonging to the secret organization on their planet talks about studying our culture and mentioned ‘pizza’ and ‘ice cream’ in his final words. For those who don’t know pizza and ice cream were code words found in the Podesta e-mails which translate to sexual activities with children. I will share the video below and let you decide. He mentions it at the 2:58 mark:

There were a few other things that happened or were disclosed in the show that I had already written about in my article about Babylon 5 so I will only include what is above.

Thank you all for reading and much love to you!

2 Responses to Disclosures in the Sci-Fi TV Show ‘Crusade’