So I was going to just add these to the previous synchronicity report but ‘they’ are guiding me to do a separate report for them.

Today was filled with many synchronicities including today being the 333rd day of the year:

And interestingly, I have exactly 33 dollars on me at this time. Of course anyone could say I am making that up since no one can verify it. So people would have to take my word on that. But it’s true.

Today’s bible verse is connected to the magic number 137:

I decided to schedule an appointment to donate blood at the hospital yesterday. This is something that I routinely did whenever they had a drive going at the hospital I worked at. And during this entire visit to town there were some amazing synchronicities:

While stopped at a gas station I saw a school bus drive by and I noticed the name it had on the grill and this happened to be ‘Blue Bird’. There have been other ‘blue bird’ synchronicities and this is yet another. Does this indicate a Blue Avian presence? Sadly the bus drove away before I could get a photo of it. 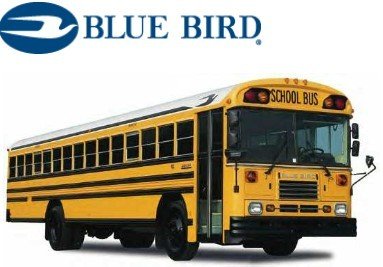 When I parked in the hospital parking lot I discovered that I parked behind someone with the license plate ‘JCLVSU2’ or ‘Jesus Christ Loves You Too’ (this is true, he does):

I was guided to schedule the appointment for 03:30 PM:

And while I was donating my little roll thing to squeeze to help the blood come out had 410 on it:

And strangely, the machine that they were going to use to do my donation suddenly ‘stopped working’ and had to be reset and cleaned. Then after that I heard the phlebotomist say they dated the time they prepared my donation kit at 1610, which is 4:10 PM. I wanted to get a picture of this but they use the paper for something and I couldn’t get it. But a 410 did appear on my information sheet after I was done:

While I was in the chair donating the young woman there and I started talking about crystals which led to other topics and another person there joined in the conversation. I’ve found a lot more people are into metaphysical things than some might think! I’ve found this by just talking to people.

Anyways I went to the store to get a couple of things because we are possibly going to be getting some snow here and I didn’t want to have to drive anywhere. While standing in line the total of the order of the person in front of me was 23.11, and if we were to see this as military time it would be 11:11:

And in the same line there was a selection of magazines and one of them had a title of ‘Let There Be Light’:

Of course below that title it says it has to do with healing arthritis, but it appeared to be a synchronicity which was in step with all of the others happening at this time.

And then as I was leaving the store I walked past a vehicle with 410 on the license plate:

Additionally, I have found that the Greek word for Christ is ‘Christos’ (χριστος) and this has a gematria value of 1480:

So here 410 appears over and over and has strong connections to the being we know as Jesus.

One more thing I am being guided to add here is a piece of information I found while browsing the web for various things. It was a website that featured some interesting gematria and math related things that were connected to the bible.

So those numbers are directly connected to the magic number 410:

This is everything for now, thanks for checking this out everyone and I wish everyone much love!

PS ‘They’ wanted it known that today is still 11/29 (November 29th) and not the 30th which is what WordPress’ time will show.