I will be posting excerpts from this latest update from David Wilcock. He usually tries to write up something good before going on a trip or right before a conference. In this case it is the Conscious Life Expo. This article contains both disappointing and exciting news which I will share below. Much love everyone!

“Tom DeLonge’s CIA and other intel advisors used a picture of a mylar party balloon from 2005 as if it was a genuine UFO, and raised over 2.2 million dollars in funding from the event featuring it.

There was widespread suspicion of this “mainstream-media-sanctioned disclosure” in the UFO community, and it was just proven correct.

Someone within the group obviously knew this was a fake image. We do not feel Tom DeLonge was in on it, and his silence suggests he must be very upset at this point.

With the formerly-invincible Cabal on the ropes like never before, perhaps this ‘disclosure’ was just too easy. No one was fighting and dying to make this happen, and the media toed the line.

The members of this group completely “ghosted” the UFO community at large, hardly granting any access whatsoever to the people on the front lines of the disclosure movement.

Weirdest of all was how little anyone in the public was affected by it.

UFOs? Been there, done that.

What will real disclosure look like now that the credibility of this operation has been shattered? It’s going to be grassroots all the way.

ENTICING, IF NOT IRRESISTIBLE

This was enticing, if not irresistible ‘bait’ for the UFO community at large.

You have a cadre of new insiders coming forward, saying they have the goods: anti-gravity technology from Lockheed SkunkWorks, films of UFOs in flight, and a photo of that same UFO.

Now we know that indeed it is “clearly not an experimental US aircraft.”

Instead, their alleged UFO was a photo of a phallic mylar balloon taken by Steve Mera and posted online in 2005. 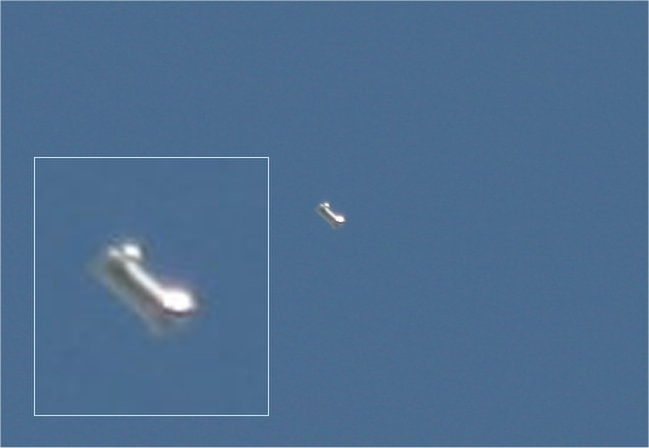 What kind of Return on Investment or ROI would you get if you could use a six-dollar balloon to raise 2.2 million dollars?

Certainly a lot more than the stock market at this point, which went into free-fall immediately after the release of the damning FISA memo:

Our Alliance insiders had consistently been warning us that this enormous media event was all part of an attempt to create a “Partial Disclosure” that the Cabal hoped would save them from defeat.

The Cabal folks were only intending to use disclosure as a “Weapon of Mass Distraction” when their backs were really up against the wall.

Deception would be at the very root of such a plan, if the real goal was to obfuscate the existence of the Secret Space Program and other hyper-classified projects.

DeLonge was made very well aware through direct insiders that I would speak with him, and nonetheless completely refused all contact.

That adds up to a shocking total of thirteen thousand, six hundred and five (13,605) sealed indictments on the books right now.

The implications of this are absolutely staggering, since the average per year is usually not more than one or two thousand. It was specifically 1,077 in 2009, as Martin indicated.

THEN ADD THE STATE OF THE UNION ADDRESS

This was further bolstered by the following words that were included in the recent State of the Union address:

“I call on the Congress to empower every Cabinet secretary with the authority to reward good workers and toremove federal employees who undermine the public trust or fail the American people.”

The significance of this statement was underlined by Q Anon on 4Chan, in post number 647: 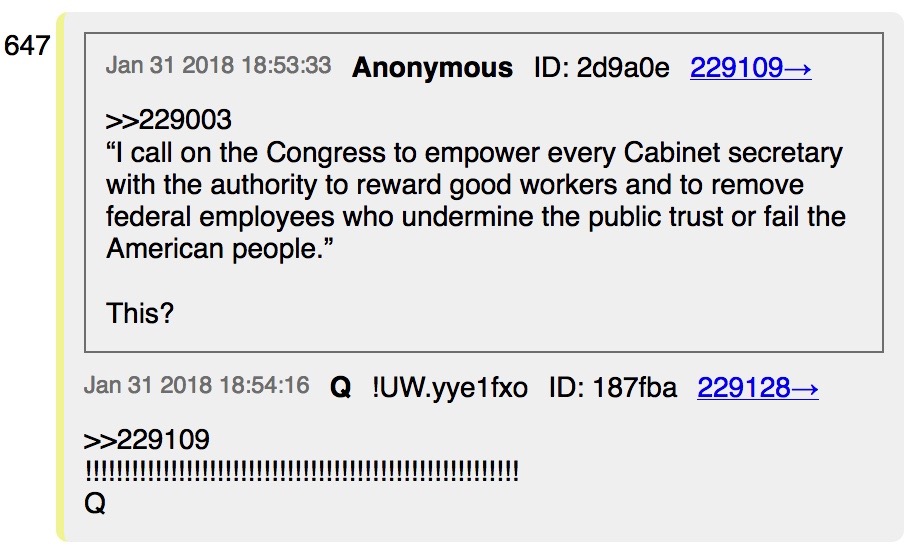 THE FISA MEMO AND THE RESULTING MARKET COLLAPSE

The FISA memo was released on February 2nd, 2018, just two days after the above Q Anon post.

In short, the memo revealed that the entire “Russiagate” and resulting “Fake News” campaign was, in and of itself, fake news — and other more damning memos have been promised.

Simultaneously, on the very same day the memo emerged, the Dow Jones stock market index was collapsed by precisely 666 points.

The markets have continued going through a dizzying bloodbath in the following week since the FISA memo and the markets both droppped: 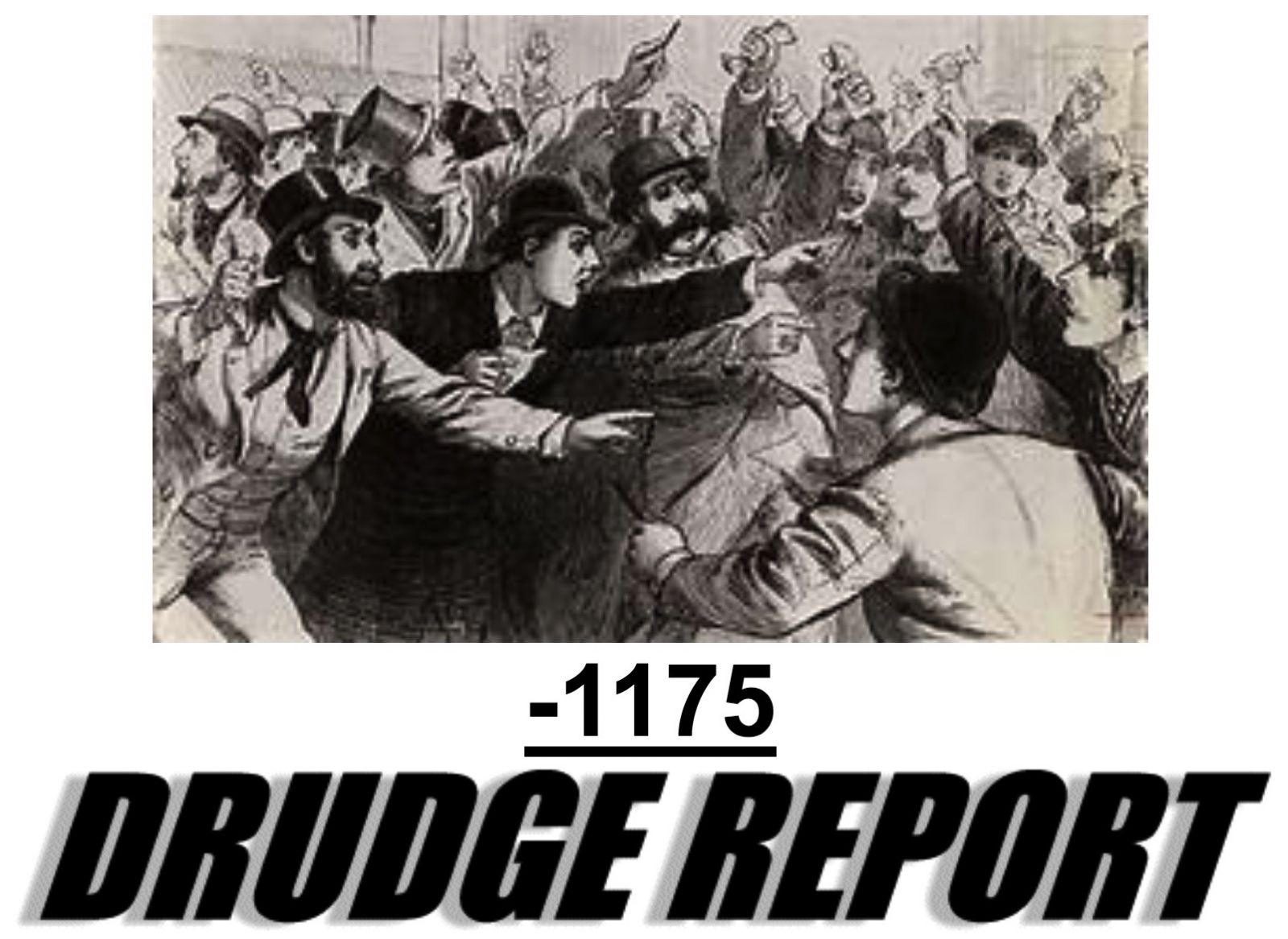 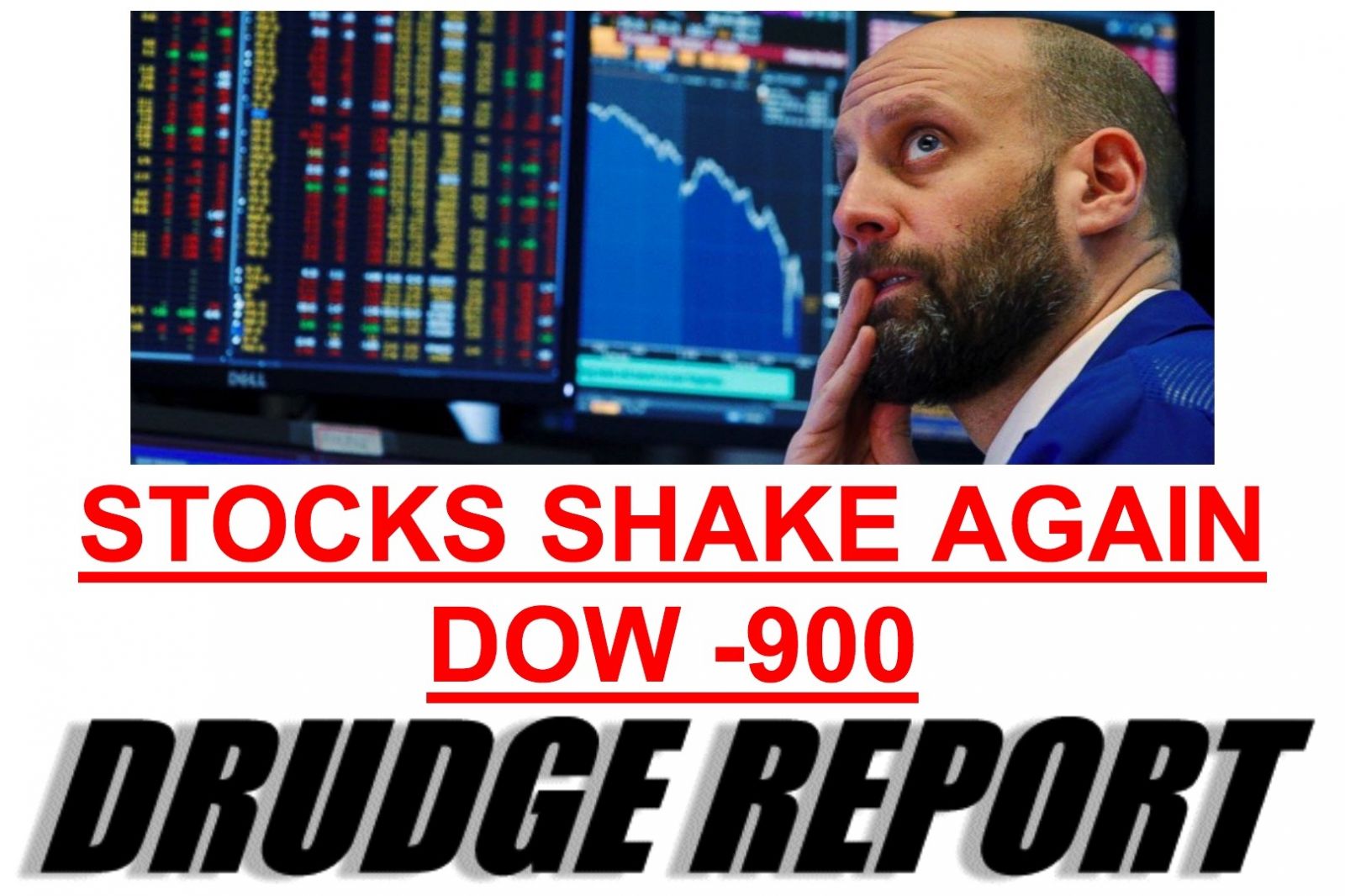 The current market collapse appears to be the beginning of exactly what we had expected would happen when the Deep State was very close to being defeated.

If the Partial Disclosure effort couldn’t save them, their final move is to attempt to throw the world into chaos through an orchestrated financial collapse.

Since their religion requires them to “hide it out in the open,” they revealed that this was an orchestrated collapse by starting it off at negative 666.

Another intriguing angle worth considering was recently made public by ex-NSA whistleblower Jim Stone.

Thankfully, Stone took a screen capture of the most relevant text of this page before it was removed. Here it is:

As you can read for itself, on June 30th of last year, the Navy announced the expansion of the Guatanamo Bay facility to handle 13,000 more prisoners and 5,000 more guards.

Don’t you find it interesting that there are also 13,605 new sealed indictments filed between October 30th and January 26th?

Furthermore, our insiders had already indicated that Guatanamo was being expanded in order to house Deep State prisoners… and here we are with the proof.

WHERE IS THIS ALL LEADING US?

Our insider briefings have gone almost completely silent over the last few weeks as this all moves from a “planning” to an “operational phase,” as we are told.

Furthermore, Mega Anon has completely stopped answering calls or emails since we spoke right during her final announcement of January 13th, in which she was very concerned about surveillance.

Alliance insiders have since told us that Q Anon is not only the real deal, but is the main avenue for the Alliance to communicate with us securely at this time.

You can read an up-to-date summary of all of the posts here.

JOIN IN THE ADVENTURE

You can help us with this initiative as well.

Please consider ordering the Trilogy Pass for $144, which allows you full access to the live and archived videos of every keynote event I will be doing at the Expo. 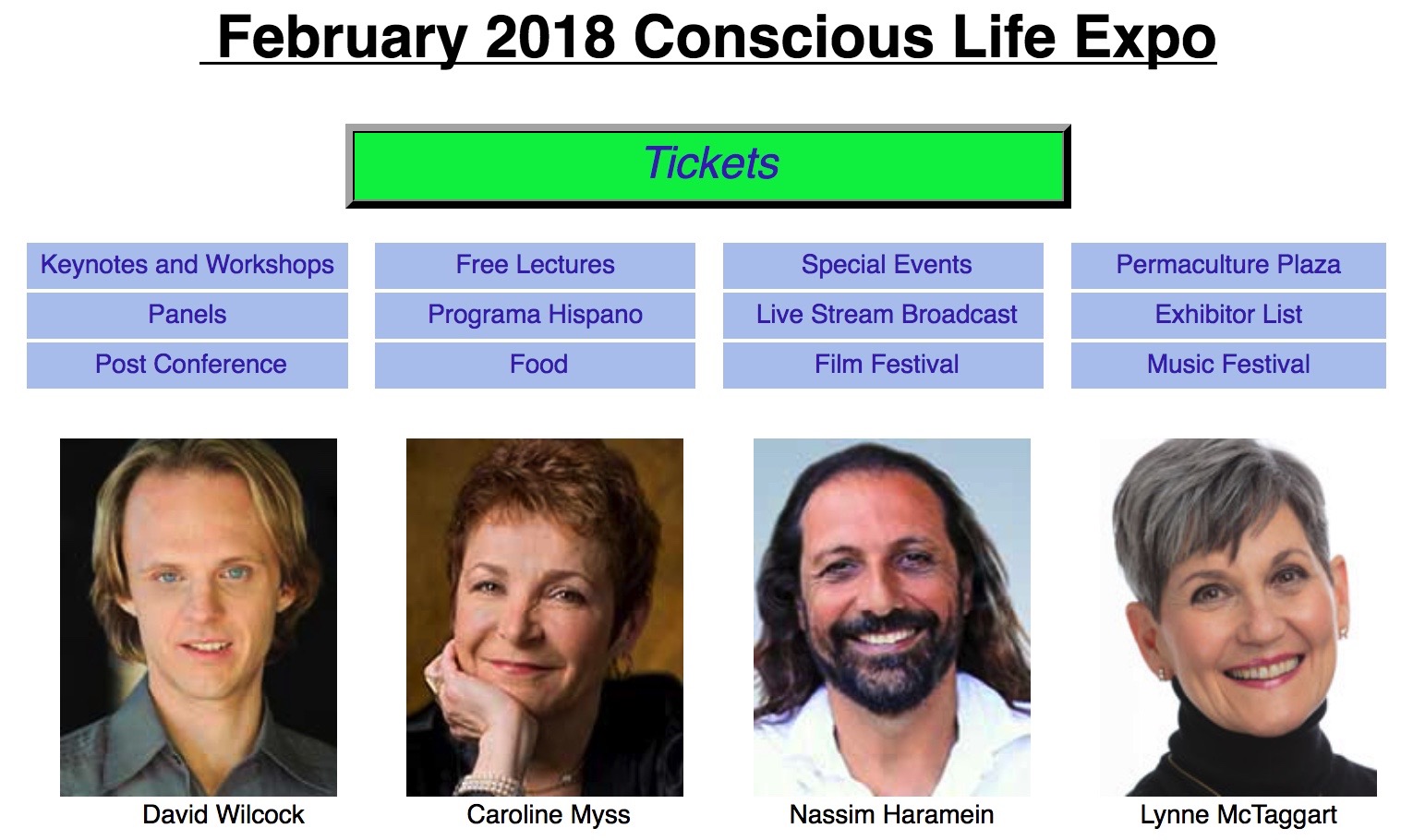 The majority of the revenue directly supports our efforts, and we really need your help right now — particularly since I just got through a grueling four-month ordeal of buying a home.

As always, I do my very best to make it worth your while, and these events will be taken down if bootlegs appear on YouTube.

No one is getting rich from this. We get very, very few orders compared to the number of article views, so please keep that in mind as well.