I would reiterate here that I am not a proponent of religion (any religion) and certainly wasn’t someone who looked into the bible but these last couple of years have forced me to take a sharp right turn and begin looking at this information because it is  turning out to be part of ‘The Plan’ and this information is appearing in dreams which is leading to real synchronistic discoveries in the physical world.

I would first start with the numbers that I got in a dream last night. First it started out with a very strange number, 5637, and turned into a couple of other strange numbers, the most important of which was 1657. In this dream I experienced a synchronicity of this number appearing which appeared again just before I woke up. It was just like a synchronicity here, where I get a number and then it amazingly appears again later on:

And in the last part of the dream I was shown this royal document called ‘The Golden Luminance’, which, in the dream, was apparently associated with the number 1657 as possibly a year or something else.

Upon further research I found that there may be a St. Germain connection here. I have had a dream about Saint Germain in the past.

And the gematria value of ‘The Golden Luminance’ is 260 using Francis Bacon’s cipher and Francis Bacon was Saint Germain in a previous incarnation:

“…New Atlantis is a project of the Light forces that is already ongoing for millennia. Saint Germain is one of the main beings working on this project. He has revealed parts of this project to humanity in his incarnation as Francis Bacon in a novel called New Atlantis, where he described an utopian society based on meritocracy.

And I may not being making the correct connection here. As always discernment is advised with these posts. I am doing all of this on faith and so I hope people keep that in mind when they read these reports.

Another gematria value for ‘The Golden Luminance’ is 182:

Today is March 25th and after today there are 281 days left in the year and this is the reverse of 182:

What is also interesting about this number 1657 is that if it is seen as military time it would be 457. And if we subtract 457 from 1657 we get 1200, which is a number that has been appearing much more recently as a possible ‘time’s up’ or ‘clock striking the hour’ synchronicity:

So I made a possible connection when adding all of these strange numbers from the dream together this morning. When we add them all up we get 8661:

Really random and weird, right? That’s what I thought. But then something interesting happened this morning where I found this number. My mom and I had an appointment with a woman who had come to interview our grandfather-in-law because we are trying to get him into some better housing and care. While we were talking with her I noticed this number 8661 as part of a phone number on a piece of paper on the table:

I was like…uhh, is that it? Is that the synchronicity? Just one little number on a piece of paper? But I haven’t been able to find anything else on that number so I’m guessing that was it. There have been so many synchronicities occurring while my mom and I do care for him. We have been taking him to a lot of doc appointments and we are learning he is not doing so great. I asked God/Source the other day if what we are doing for him is right. I don’t wish to just stick him in some home somewhere as I have seen that happen countless times working in the hospital. But the synchronicities are numerous so it has put my mind at ease. I am finding that everyone in my life is being taken care of and attended to and being guided to where they need to go.

Another weird thing that happened during the meeting was the woman’s car alarm going off on its own not long after we started our interview. I couldn’t make heads or tails of whether or not it was a positive sign or a warning (alarm going off = warning). But then again lots of weird stuff has been happening since we moved in here so I guess we will never know.

So the next dream was the biblically-related dream about winning at the Safeway monopoly game which required the winning piece being ‘Jacob’s Ladder’:

Since I am a new bible student now I had to go and see what that was and I found that ‘Jacob’s Ladder’ was a dream that a biblical character named Jacob had where he saw a ladder which started on the ground and went all the way up to ‘heaven’.

What is interesting about this dream was that it seemed to mean that I had ‘won a trip to heaven’ and the reference of Jacob’s Ladder, which was itself a dream, which was appearing in this dream, was definitely mind-bending!

“Genesis 28:10-12 first mentions “Jacob’s Ladder” when it says, “Jacob left Beersheba and set out for Haran. When he reached a certain place, he stopped for the night because the sun had set. Taking one of the stones there, he put it under his head and lay down to sleep. He had a dream in which he saw a stairway/ladder resting on the earth, with its top reaching to heaven, and the angels of God were ascending and descending on it.” 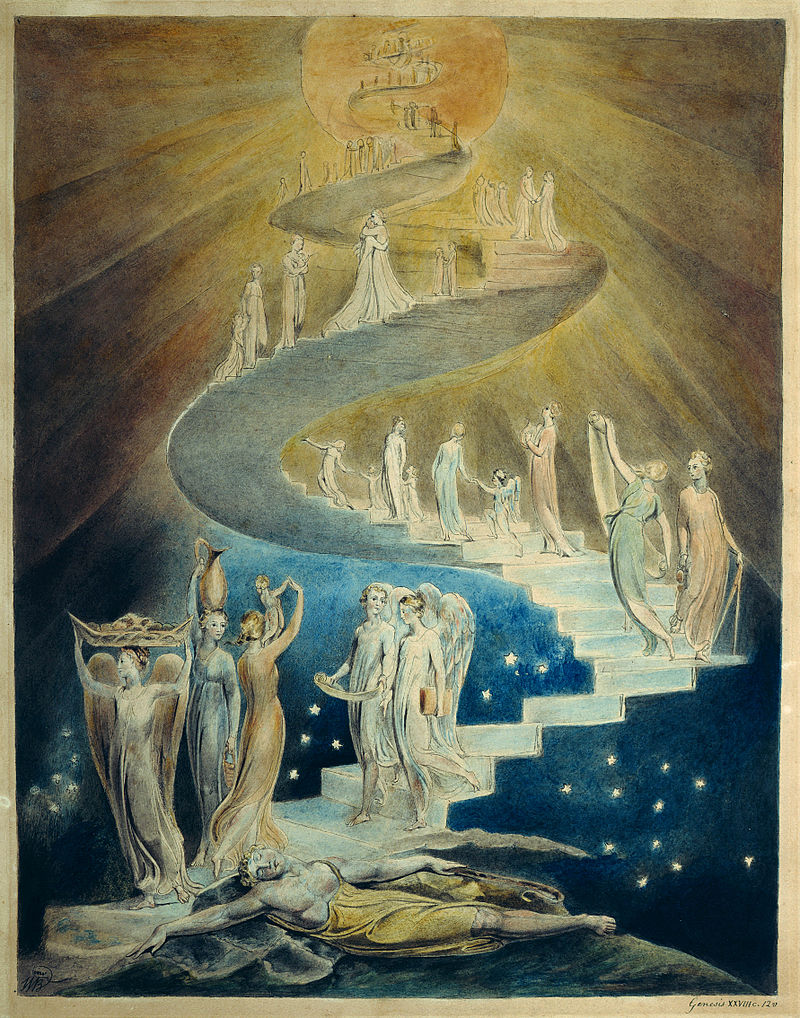 And if we plug the words ‘Jacob’s Ladder’ into the gematria calculator we see it has a value of 1226:

And if we examine our original strange number 5637 a little more and multiply these digits together we get a familiar number = 630:

This is a big number in these works and I will copy and paste what has already been written about it below:

(Elephant Journal) “Star Of Bethlehem” Visible for the First Time in 2,000 Years.

“Jupiter and Venus Dancing In The Sky Tonight: If you missed the “Star of Bethlehem” phenomenon last night it will still be possible to see this clear and spectacular display for the next few days as Jupiter and Venus dance in the night sky. The best time to view is just after dark, looking just above the horizon to the North/North-West.

‘Double star’ moment for Jupiter and Venus in the night sky (via CNN).

On June 30th, Jupiter and Venus merged into what is known as a super-star.

And the City of Prescott allowed a local church to organize a ‘Walk Through Bethlehem‘. After being guided to turn the car around and take a picture of the banner above the street I realized later on that I captured the photo at 6:30 PM on a spinning time/temperature sign:

The gematria value of ‘September Tenth’ (which was the date of the massive X8.2 solar flare which occurred 6 minutes after starting our meditation for Hurricane Irma in 2017, this was the first time we had used my own voice in a mass meditation) is 630:

If we plug 5637 into Pi we see it takes position 1210 which is a number that has been appearing once in a while interestingly:

And the gematria value of ‘Jacob’s Ladder’ happens to be 1380:

The other number from the first dream was 1367 and after digging into this number I found that if we plug this number into Pi we see its position number contains the digits of Pi:

And 219 is the gematria value of ‘Second Coming of Christ’:

And ‘The War to End All Wars’:

And I also wanted to share that I have been seeing A LOT of white butterflies recently. They are everywhere and they will fly in front of me and around the car and just everywhere I go pretty much. There are many meanings for the white butterfly appearing but one of them was ‘death/transformation/rebirth’ and this one resonated the most since that is what is happening here at this time. And interestingly the gematria value of ‘White Butterflies’ is 76:

And today’s daily bible verse has some interesting information:

The verse number is 10:39 and this is a number that has appeared before. So far it’s just another strange number that appears once in a while to let me know there is a structure and plan to all of this.

And interestingly another coronal mass ejection has reached Earth today: