So some of the things that are going to be written here will probably be provocative (like many other things on this blog lately). I would encourage everyone to use discernment as always.

Most of these synchronicities are related to Jesus and while I am always hesitant/resistant to write about these things it is my guidance to continue to do so. There are many other things I would rather be writing about but if I don’t ‘they’ (higher ups, higher-self, etc.) will simply keep sending me telepathic energy which doesn’t stop until I do what needs to be done (writing an article, making orgonite, scheduling this or that, going here or there, etc.) That’s actually the only way I could ever write things like this is if someone forced me and I told ‘them’ that too. If you want me to write these crazy things you have to make me do it. It looks just like this:

So here is a dream which I was guided to write down, the meaning of which I am unsure of:

The next dream occurred yesterday and it was quite strange and I tried to edit parts out of it but ‘they’ wouldn’t let me go back to sleep until I changed it back. Like several other instances I wrote this entire dream down while I was in the dream and when I woke up I realized I had to write it all down again…

Wrote this whole dream down in dream, must recall again. So I had a dream where I was with some friends and we were in this house and we were admiring the big tree near-by (seemingly inside) which we identified as a pine tree. I think these people were somehow involved with pedophilia.

Then suddenly a large military-looking spaceship zig-zags down towards us and lands to make contact. It was an older human male inside I believe. He talked to us directly with him being outside of the ship without leaving it

He told us it was time to make contact because our interest had dropped, meaning it was becoming so normal to us we wouldn’t freak out when they landed. It also had something to do with the zodiac sign, possibly Gemini.

We were really happy to have seen him and we didn’t freak out. I couldn’t tell if it was an Earth vessel or not, but the man appeared to be Human. He could have easily been Pleiadian.

I think one of the messages was that the pedophilia was forgiven and contact was then possible. Then the details started to fade. It was a positive and laid back but exciting experience.

I tried to edit out the parts about the pedophilia because they didn’t seem to jive with the rest of the dream but I was guided to keep it all intact as I saw it.

The next thing was the numbers 1322 and 322 appearing in my mind while half-awake/half-asleep. They didn’t go away until I acknowledged them and wrote them down. They seemed to be connected to the above dream:

After playing around with these numbers some interesting things came up. If we subtract all of them (including the dream time) we get 362:

The word assigned to this number in Strong’s is ‘anamenó‘ which means ‘I await (one whose coming is expected)’.

The bible verse that this word is derived from is 1 Thessalonians 10 which talks about the Second Coming:

“And to wait for his Son from heaven, whom he raised from the dead, even Jesus, which delivered us from the wrath to come.“

The gematria value of this verse is 398:

If we follow this number and plug into Pi we see it takes position 2020, which is next year:

Also as interesting, the word assigned to the number 2020 in Strong’s is ‘epiphóskó‘ which amazingly means ‘to let shine, to dawn, I dawn, am near commencing, about to begin.’

Does this mean something is going to happen next year? Maybe, maybe not. As always putting faith in dates is a futile exercise.

Today I went to get some things at the general store we have here and I was guided to pick out several items which ended up with a total of $12.55:

Sometimes ‘they’ will give me the telepathic energy (usually in the gut or whole body) to pick out certain items to get the total to be a synchronistic number. This appeared to be the case with this receipt.

The gematria value of the word ‘pisteuo‘ is 1255 and this means ‘believe’ (I believe, have faith in, trust in; pass: I am entrusted with). This word also happens to be assigned to the number 4100 so here we see the magic 410 appear:

Alright here is the part I really didn’t wish to include here. Recently a relative and I went to pick up a vehicle that they had sold to one of their friends who moved away and left it in their yard. We had to use a manual winch to get it up on the trailer and we couldn’t put it into neutral because it had no battery. 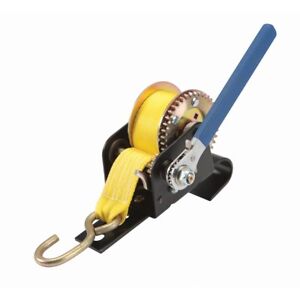 By the end of this small nightmare my hands were pretty beat up. But later on I saw what the small injuries looked like:

Perhaps there is nothing to any of this, which would be fine, so I share this part with the discernment disclaimer.

The make of the vehicle is an Aztek:

And after seeing if there was a connection between Jesus and the Aztecs I discovered the following article:

“America’s oldest Christian work of art, dating back to 1539, was created by Aztecs for Franciscan monks in Mexico City.

The mosaic depicts the miracle of the Mass of St. Gregory the Great (540-604), in which Christ appeared above the altar while the pope was celebrating Mass…”

A small personal miracle occurred yesterday as of the time of this writing. I was suddenly given the telepathic impulse to go back on food stamps again. I was certain it wouldn’t work this time but long story short I ended up qualifying. Without those benefits I wouldn’t have been able to get the food at the general store which manifested on that receipt mentioned earlier in this article.

Several hours after talking to the food stamps people my mom came home gave me a letter which had my little piece of silver which I bought on 11/11 for the Silver Trigger meditation. I decided to get one with my spirit animal the wolf on it. It’s amazing that ‘they’ gave me the guidance to call them and then I get the piece of silver later on that day. ‘Their’ guidance is always correct…

410 appeared in the statistics of the solitaire game I play once in a while:

And I discovered that the magic number 410 appears right behind 1002 in Pi (the sixth instance). The number 1002 has manifested in the most amazing ways recently: